This biotech's growth is impressive. But can the momentum continue?

Vertex Pharmaceuticals (VRTX 0.74%) has proven that it's a winner for investors. The biotech stock more than doubled in 2017. Despite challenging conditions last year with the major market indexes falling, Vertex gained nearly 11%. And Vertex is up by a solid double-digit percentage so far in 2019.

But past winners don't always become future winners. Is Vertex Pharmaceuticals still a smart pick for investors to buy now? 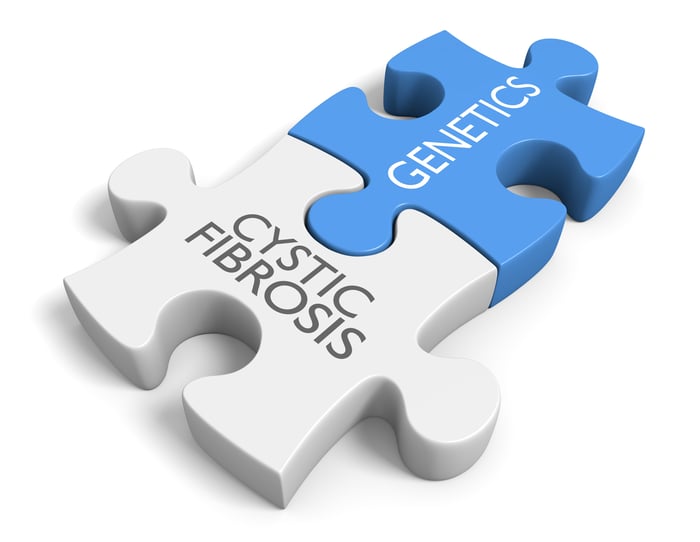 One problem that can arise from a stock that performs really well is that its valuation can reach unjustifiable levels. Some might say that's what has happened with Vertex.

The biotech stock currently trades at a whopping 77.5 times trailing-12-month earnings. Of course, Vertex is growing rapidly, so looking at future earnings is more appropriate. However, shares trade at 47 times expected one-year earnings. That's still super-expensive in the eyes of most investors.

Vertex's sky-high valuation is probably why Wall Street analysts aren't overly optimistic about the near-term prospects for the stock. The consensus one-year price target for Vertex reflects only a low single-digit percentage increase from the biotech's current share price.

If you're the kind of investor who wants to buy clear-cut bargains, Vertex won't be appealing to you. Its earnings multiples simply look too scary.

On the other hand, growth-seeking investors should find a lot to like about Vertex Pharmaceuticals. Its earnings multiples might be scary, but its potential growth numbers are downright exciting.

Consider that Vertex's three approved cystic fibrosis (CF) products -- Kalydeco, Orkambi, and Symdeko -- can currently treat less than half of the estimated 75,000 CF patients across the world. But Vertex has a solid strategy to secure product label expansions and win approvals for treating younger patients. These efforts should enable the biotech to boost its addressable market by 19% even without launching any new drugs.

But Vertex almost certainly will launch new CF drugs. The biotech expects to file for Food and Drug Administration approval of its first triple-drug combination CF regimen by mid-2019. Vertex thinks that its triple-drug combos will expand the number of CF patients that it can treat to 68,000 -- increasing its growth prospects by another 55%.

Assuming Vertex succeeds with its strategy of expanding the use of its current three drugs and winning approval for new triple-drug combos, that would leave around 10% of CF patients with no effective treatment. Vertex has a plan for helping those patients, too. It's working with CRISPR Therapeutics to develop CRISPR gene-editing therapies to treat patients for which its other drugs aren't applicable.

An even better picture

Vertex's growth prospects go beyond only CF, though. The biotech announced positive results in December 2018 from a third phase 2 proof-of-concept study evaluating VX-150 in reducing pain. Vertex is conducting a phase 2b study to establish dose ranges for VX-150 to support potential advancement to a pivotal study.

The company has also teamed up with CRISPR Therapeutics to develop a gene-editing therapy targeting the treatment of rare blood diseases beta thalassemia and sickle cell disease. The partners are currently enrolling patients in two early stage clinical studies for these indications.

Vertex CEO Jeff Leiden said at the J.P. Morgan Healthcare Conference in January that the biotech recently started a phase 1 clinical study of a corrector for rare disease alpha-1 antitrypsin deficiency (AATD). Leiden thinks that the opportunity for Vertex in AATD could be similar in several respects to what it has achieved in CF.

Thanks to its success in CF, Vertex now has a big cash stockpile that should top $3 billion when the company reports its 2018 Q4 results. Leiden stated that the company would likely "bolster its pipeline with internal and external assets" this year, giving Vertex even more options for generating long-term growth.

Is Vertex a buy?

Forget the earnings multiples and Wall Street targets. Vertex Pharmaceuticals has a clear pathway to deliver strong growth in CF for years to come. The biotech also has multiple opportunities beyond CF where it could be just as successful. My view is that Vertex is a great pick for investors with a long-term perspective.