Netflix (NASDAQ:NFLX) ended 2018 with a bang with an estimated 80 million households viewing its film Bird Box in its first four weeks. It also started 2019 with a bang by bringing home five Golden Globe awards -- more than any other network or streaming service.

But while Netflix is at the top of its content game, its balance sheet doesn't reflect that -- yet. Here are three problems Netflix is facing in the coming year. 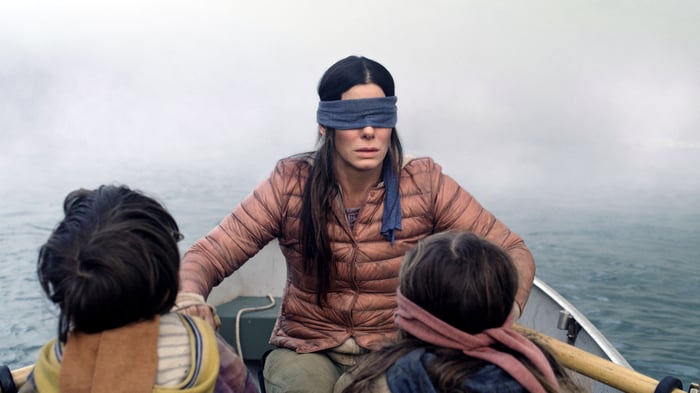 1. Acquisition cost per subscriber going up

Netflix has been upfront about hiking up its marketing budget this year as it finds itself going after an increasingly saturated market. The company is relying heavily on international growth pockets, as nearly half of the 126 million U.S. households already have an account with the streaming service.

When you isolate domestic marketing and net additions, the numbers are even more worrisome. The cost of gaining one subscriber in the U.S. has jumped from $55 in the last quarter of 2016 to a shocking $340 in the same period for 2018.

These numbers beg the question, just how much more can Netflix spend to keep up its subscriber growth? Netflix has said in the past that it believes it can reach up to 90 million U.S. subscribers, a steep climb from its current 59 million domestic subscribers. And things won't get easier because Disney, Apple, and Amazon are all spending big bucks to become more competitive with Netflix in the near future.

Netflix's free cash flow was negative $3 billion for 2018 -- lower than the negative $2 billion it reported for 2017. That's because it's continuing to transition to more original programming, which requires more money upfront.

Furthermore, Netflix said it expects a similar cash-burn level for 2019 -- and that's in spite of its recent subscription price hike that's estimated to add $1 billion to its bottom line. However, the company has assured investors that it expects its cash flow to start improving in 2020 and beyond.

Netflix says it won't cut its content budget because it believes that enough quality programs will bring in enough subscribers to make it a self-funding business. But investors know that's not a guarantee.

Netflix's long-term debt ballooned to over $10 billion for 2018, up $4 billion over the past year. That's a higher growth rate than the $3 billion increase in debt seen over the previous year.

In total, Netflix said it has $20.7 billion in total liabilities, while its assets total up to $26 billion. Meanwhile, its soon-to-be-competitor Disney finished the year on a much better note with $44.6 billion in liabilities and $98.6 billion in assets. Of course, Disney is a larger and more mature company, but the comparison is still concerning.

Netflix estimated it spent $8 billion on content in 2018. While it didn't give a specific content budget for 2019, it warned investors that its content spending will increase each year. That means viewers can expect another big year from Netflix in terms of new series and feature films, much to the chagrin of those who are keeping an eye on its balance sheet.

However, Netflix's long-term story could go either way. It's up to investors to decide whether they believe it's good enough to eventually gain enough subscribers to self-fund its content and make money -- or not.