Strong results from last year were tempered by a soft outlook for 2019.

Amgen's (AMGN 0.94%) recently reported results for the fourth quarter of 2019 left investors feeling more mixed up than usual. Sales of important new products continued to exceed expectations, but the company also predicted a slight decline on the top and bottom lines this year.

Enbrel is still Amgen's top-selling product, but sales of the anti-inflammatory injection fell 8% in the fourth quarter compared to the previous year. Despite Enbrel's slide, total product sales rose 8% with help from a handful of younger drugs. Here's what pushed the needle forward:

The fourth quarter was a quiet one for Amgen's development pipeline. The National Medical Products Administration of China approved Repatha to reduce the risk of heart attacks and strokes for adults with cardiovascular disease. In December, Nplate earned approval to treat pediatric patients with immune thrombocytopenia and the company submitted another application to treat adults with the same condition. 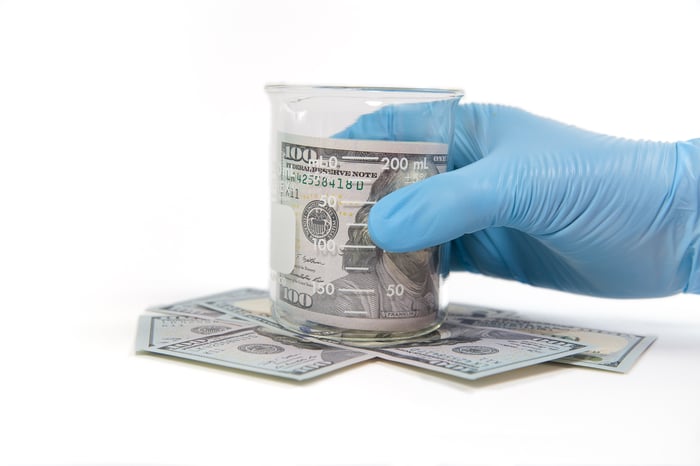 Amgen CEO Robert A. Bradway was even more upbeat than usual about the company's fourth-quarter performance and ability to keep performing for the long run. He said, "Through our continued solid operating performance in 2018, we met and exceeded our long-term financial commitments. Looking to the future, we are encouraged by our long-term growth prospects driven by our portfolio of newer products, pipeline and ongoing success in international expansion."

The continued decline of Enbrel and the eventual decline of Neulasta will still hurt a great deal over the next several years, but Amgen's got what it needs to maintain those commitments. Operations generated $10.6 billion in free cash flow, and the company used just $3.5 billion to make dividend payments last year. 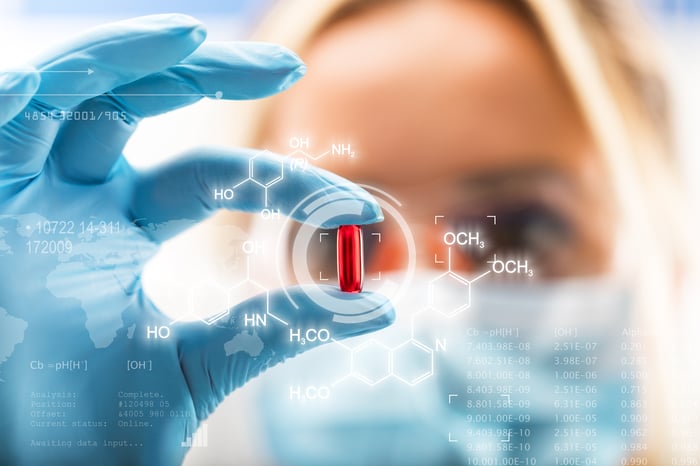 Amgen will have to compete for market share with Eli Lilly and Teva, but Aimovig appears to be holding on to its early lead in the migraine prevention race. During the fourth quarter, the company raised the number of patent starts since it launched to 150,000 from 100,000 at the end of September.

That means there are probably already enough people using Aimovig to drive annual sales of the monthly injection to $1 billion, and it's just getting started. Don't be surprised if Amgen raises its revenue expectations later this year.