Please ensure Javascript is enabled for purposes of website accessibility
Log In Help Join The Motley Fool
Free Article Join Over 1 Million Premium Members And Get More In-Depth Stock Guidance and Research
By Anders Bylund - Updated Apr 24, 2019 at 12:16AM

These two wireless networks are trying to merge, so it may not matter which stock you pick in the end. But one looks way stronger than the other in case the business combination fails.

The American wireless phone market is knee-deep in a huge change. Sprint (S) is merging with T-Mobile US (TMUS 1.14%) in a move that combines the third and fourth largest networks into a single company. By the end of the year, it may not matter whether you bought T-Mobile or Sprint today since they are attempting to join forces in a pure stock-swapping deal.

That doesn't mean you could just flip a coin and invest accordingly. T-Mobile is clearly the better buy right now. 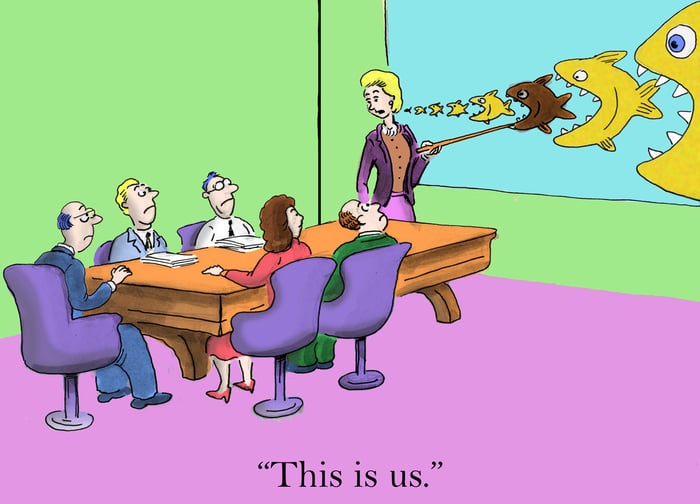 There are real risks involved

Nothing is certain except death and taxes. The Sprint/T-Mobile merger could fall apart before reaching the goal line, mainly for political reasons. The Trump administration has shut down or otherwise undermined several proposed mergers while giving public support to others. These two companies are doing all they can to earn regulatory approvals, including making it a point to book rooms in Trump-branded hotels for their executives' travel plans.

It remains to be seen whether currying favor with the president will make or break the game-changing telecom merger. Meanwhile, the recent government shutdown put the regulatory review on hold for more than a month. Another shutdown could stretch this timeline even further into mid-February.

As the regulatory review drags on, the lagging timeline adds uncertainty to the final outcome. Both the Federal Trade Commission and the Department of Justice have yet to give this deal their final approvals, so the merger could be taken apart through more than one review process. The next step will be a congressional hearing on February 13, allowing the Judiciary Committee and the Energy and Commerce Committee of the House to review the merger's impact on consumers and industry rivals. The CEOs of both Sprint and T-Mobile will testify there.

Sprint is primed for a big plunge if something goes wrong

I don't see any particular reason to believe T-Mobile's merger with Sprint will fail, but the approval process is also not a total slam-dunk. Investors should be ready to enter a future where Sprint and T-Mobile struggle on as two separate companies -- and that outcome would hurt Sprint shareholders a lot more than T-Mobile owners.

T-Mobile has been adding subscribers by the boatload in recent years, while Sprint has struggled to hold on to its existing clients. Sprint needs this deal to happen if it wants to stay in the wireless game for much longer, if only as a source of additional customer lists and radio spectrum licenses for a more successful company. T-Mobile would simply shrug off a failed deal and continue traveling in an upward trajectory. 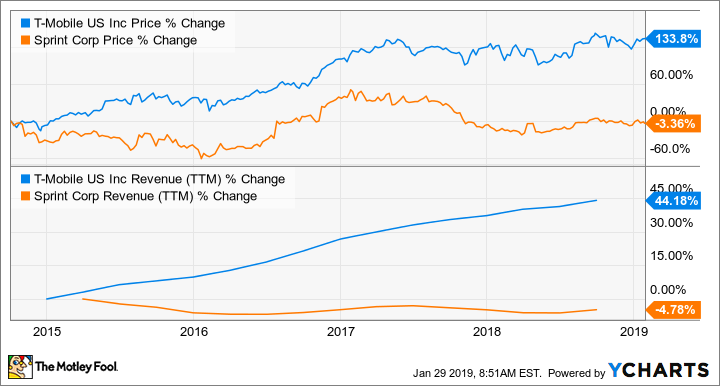 Investors are quite aware of this imbalance between the two merging businesses. If the deal falls through, I expect Sprint's share prices to crash hard and never recover. T-Mobile shares, on the other hand, may take a significant hit at first, but they'll get back on their feet in short order.

So, it may not matter which of these stocks you buy today if the final regulatory reviews pass muster and the deal is completed as planned. Buying T-Mobile rather than Sprint is just a simple way to manage the risk of a failed consolidation.