Israeli scientists claim they have a cure for cancer. Investors' response? The proof is in the pudding.

Have you seen the latest news in the fight against cancer? The Jerusalem Post reported on Monday that Israeli scientists might have found "the first complete cure for cancer." And these scientists think the cure will be offered within a year.

If true, this is one of the most important stories ever. Cancer is one of the world's leading causes of death. More than 600,000 people died from cancer last year in the U.S. alone, according to the National Cancer Institute.

But is the news about a forthcoming cure for cancer true? The stock market's response indicates that you shouldn't buy into the hype. 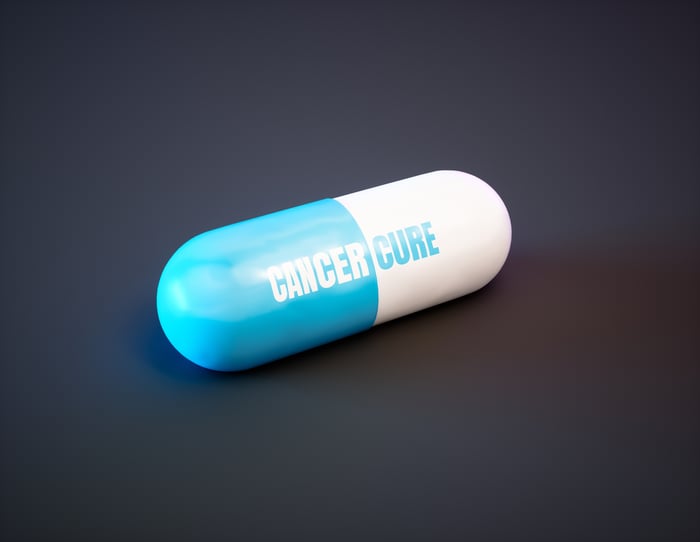 Dan Aridor, chairman of the board for Accelerated Evolution Biotechnologies Ltd. (AEBi) told The Jerusalem Post that his company believes that it "will offer in a year's time a complete cure for cancer." And not just a cure for cancer. Aridor said that AEBi's new cancer therapy will be "effective from day one, will last a duration of a few weeks and will have no or minimal side-effects at a much lower cost than most other treatments on the market."

How can Aridor make such claims? He pointed to AEBi's research using cancer-targeting peptides -- compounds that are similar to proteins but are smaller and less well defined in structure. The company's therapy, which it calls MuTaTo (for multi-target toxin), uses at least three peptides that simultaneously target the same cancer cell teamed up with a powerful toxin that kills the cancer cell.

Aridor said that MuTaTo will be "both generic and personal." By that, he meant that the general approach for fighting cancer used by the therapy can be personalized for individual patients analyzing their biopsies to determine exactly which types of cancer cells to target. AEBi is pursuing obtaining patents for specific cancer-targeting peptides.

In addition, AEBi CEO Ilan Morad stated that MuTaTo probably wouldn't have the level of adverse side effects as current cancer therapies. Morad believes that the higher level of specificity in targeting cancer cells should reduce the issues experienced by current cancer treatments with attacking the wrong or additional targets.

The Jerusalem Post described the claims by Aridor and Morad as sounding "fantastical." That description could be telling. Most definitions of the word fantastical include some kind of reference to being unrealistic.

Scientists have considered the potential for using peptides in targeting cancer for years. AEBi could be on to a great approach for fighting cancer. But there's a good reason to be skeptical about some of the claims. You don't have to understand the science or even talk to a scientist to question the hype over this potential cure for cancer. Just ask the stock market.

Investors both large and small have poured billions of dollars through the years into the stocks of biopharmaceutical companies that develop cancer drugs. The biggest drugmakers in the world, including Pfizer (PFE 1.17%), Novartis (NVS 0.99%), and Merck (MRK 0.74%), have blockbuster cancer drugs.

Many smaller biotechs are developing new cancer drugs. Even companies that haven't historically focused on cancer now do so, with HIV and hepatitis C leader Gilead Sciences' (GILD 0.24%) acquisition of Kite Pharma in 2017 to gain cancer drug Yescarta a great case in point.

So if a potential cure for cancer was right around the corner, you'd expect investors to be bailing out of these drug stocks like crazy. But they didn't. Actually, each one of the stocks mentioned rose on the day following The Jerusalem Post article.

Could investors simply be overlooking the news? Not hardly. Remember, if true, this would be one of the biggest stories of all time.

ABEi's Morad said that thus far his company has only performed testing in mice. It will take years of clinical testing in humans before it's known how effective and safe ABEi's experimental therapy truly is.

The reality is that promising therapies for various diseases are being worked on every day by Pfizer, Novartis, Merck, Gilead, and a host of other drugmakers. But these developments don't usually make news until they've demonstrated compelling reasons to think they'll be effective. Investors who put their hard-earned money at risk by buying drug stocks know this -- and that's why they displayed healthy skepticism about a potential cure for cancer next year.

There is a bigger story here, though. Significant progress is being made in fighting cancer.

Pfizer's Ibrance has been an important therapy in treating breast cancer. Merck's Keytruda harnesses the body's own immune system to fight several types of cancer and has saved lots of lives in the process. Gilead and Novartis have cell therapies on the market that involve genetically engineering immune cells to target specific cancer cells.

It's possible that ABEi's cancer-targeting peptide therapy could join the ranks of these game-changing treatments. But it's also still early. You don't have to think that MuTaTo is malarkey. However, at least for now, MuTaTo is just a maybe.