After Anthem Inc.'s (ELV 0.11%) better-than-expected fourth-quarter results and guidance for 2019 sparked bullish comments from analysts at Morgan Stanley, shares in the company increased by over 10% early on Wednesday before finishing the day up 9.1%.

Anthem cut back on its Obamacare offerings, yet it still saw its operating revenue improve 3.8% year over year, to $23.3 billion in the fourth quarter. A drop in Obamacare-related revenue was more than offset by rising insurance premiums and growing Medicare enrollment. 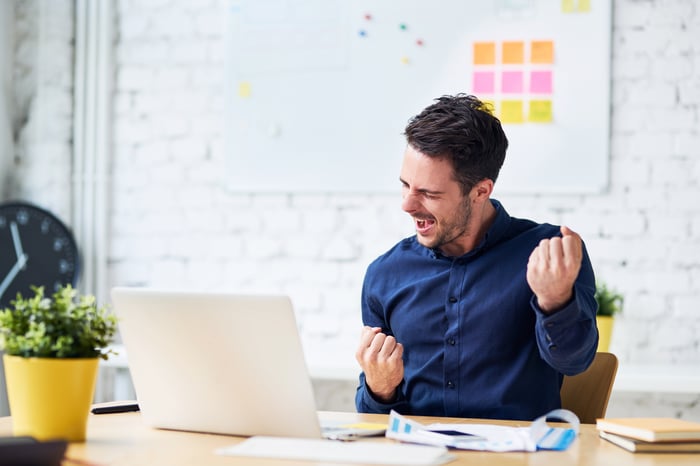 What got Morgan Stanley most excited, though, was the company's 2019 outlook. The company is accelerating the planned launch of its pharmacy-benefit-manager (PBM) business and is predicting adjusted net income of $19 per share, which exceeds the highest Wall Street estimate, according to Yahoo!Finance.

The potential for Anthem's profitability to improve meaningfully prompted the investment bank to rate its stock an overweight. The analyst at the firm also set a price target of $372, which is significantly above where shares currently sit.

The merger of its prior PBM Express Scripts with Cigna allowed Anthem to take advantage of an option to exit its Express Scripts' contract early. That contract will now end March 1, kicking off a one-year transition period beginning March 2.

Overall, Anthem is targeting operating revenue of about $100 and a benefit expense ratio of around 86.2%. If all goes well, that will allow it to deliver on its heady earnings target while also providing plenty of cash flow to support dividends and buybacks.

The company boosted its dividend payment by 6.7%, to $0.80 per quarter this morning, and even after repurchasing $1.7 billion in stock in 2018, it has $5.5 billion still remaining on its buyback authorization. All in all, this looks like it could be a good year to own the insurance giant.

Is This Fast-Growing Dividend Stock a Buy?
376%