You can "thank" Goldman Sachs for that. This morning, Goldman announced it is downgrading H&R Block stock from "neutral" to "sell." The analyst said it that Washington's passage of tax reform last year poses "structural challenges" to H&R Block's business of assisting filers in paying their income taxes. 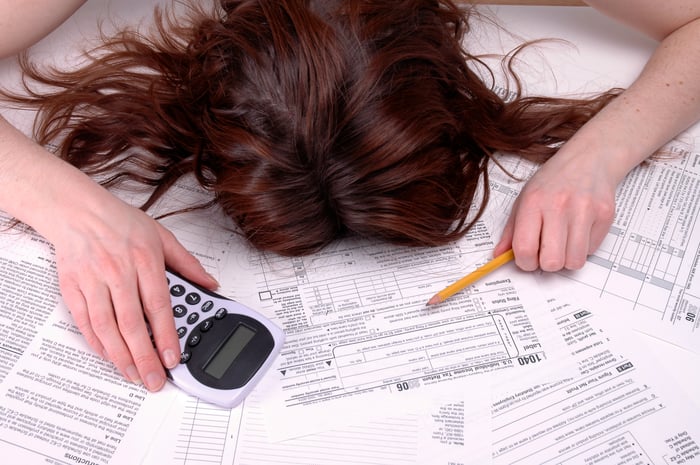 Filing taxes could be easier this year -- and that could be bad news for H&R Block. Image source: Getty Images.

In particular, with the standard deduction doubled, there's less need for more taxpayers to figure out itemized deductions this year -- and thus less need to hire H&R Block to help them figure this out.

At the same time, Goldman notes that H&R Block has discontinued certain promotions in 2019, which could further undermine sales growth (albeit it would probably improve profit margins on those sales H&R Block does make).

Is Goldman Sachs right about any (or all) of this? It'll probably be sometime after April 15 before we know for sure. In the meantime, our first clue as to how bad a hit H&R Block is taking will probably come with fiscal Q3 2019 earnings results, due out in early March.