The social-media king is back in investor’s good graces.

After reporting a better-than-feared end to 2018, shares of Facebook (META -1.69%) have been rallying. Though expenses are still expected to outpace revenue growth in the year ahead, founder and CEO Mark Zuckerberg and team are still very much in expansion mode and giving reasons for investors to cheer. Here are the things you need to know from the quarterly report card.

A controversial year ends on a high note

Daily and monthly active users of Facebook's communities both increased 9% year over year. Leading the way was growth in India, Indonesia, and the Philippines. However, while revenue growth has been strongest in the Asia-Pacific region all year, revenues spiked in the fourth quarter in North America and Europe by 55% and 19%, respectively. These are Facebook's most important markets as they account for over 90% of revenues. 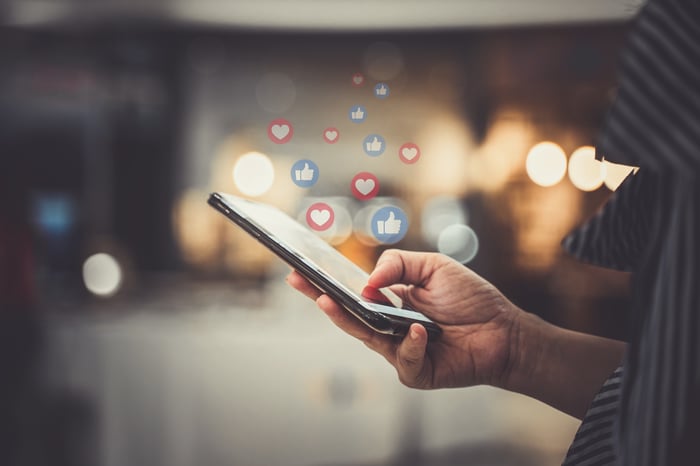 As for outlook, CFO David Wehner said to expect revenues to decelerate by a mid-single-digit percentage in sequential quarters this year. In tandem with that, expenses should grow another 40% to 50% over 2018's spending spree.

To offset the resulting pressure to the bottom line, the social-media giant bought back $3.5 billion in stock last year -- completing its old repurchase authorization. No need to fear, though, as the board of directors authorized the repurchase of another $9 billion starting in 2019.

Speaking to the big increase in expenses, Zuckerberg had this to say:

We've fundamentally changed how we run this company. We've changed how we build services to focus more on preventing harm. We've invested billions of dollars in security, which has affected our profitability. We've taken steps that reduced engagement in WhatsApp to stop misinformation, and reduced viral videos in Facebook by more than 50 million hours a day to improve well-being.

Addressing the social issues that Facebook and other internet companies came under fire for last year will continue to cost money. Management reported that more than 30,000 employees were working on security, and total headcount rose 42%, to over 35,000, at the end of the fourth quarter. Capital expenditures were $13.9 billion in 2018, and the company expects to spend another $18 to $20 billion in 2019 -- primarily on data centers and other infrastructure.

While fixing security, data privacy, and cleaning up the online bullies was the focus of the spending last year, Zuckerberg said there will be a pivot toward creating new experiences for Facebook's users.

Zuckerberg outlined a few areas where new features will start popping up. The first is messaging. Payments should roll out via WhatsApp in more countries, private sharing functions will get added in Groups and Stories, and more businesses will get added to the messaging platform for users to be able to interact with. On the controversial side, Facebook will also be adding an underlying messaging platform so messages can be sent between Instagram, Messenger, and WhatsApp.

Creating a sense of community also continues to be an ongoing focus on Facebook, helping users expand beyond their friends and family. To that end, Zuckerberg thinks Watch -- the social network's video-on-demand feature -- will have a big year in 2019. Already, 400 million people use it each month, which pales in comparison to YouTube's 1.8 billion, but Zuckerberg sees more room to grow the use of video beyond its current capabilities and limited user base. As for Instagram, where commerce is the biggest opportunity, more features related to shopping should debut in the year ahead.

2018 was undoubtedly a rough patch for Facebook. However, this social-media empire is spending money to address its issues and is still a fast-growing endeavor. With the fourth quarter report getting the stock back on track, shares still look like a worthwhile long-term buy.