The social network is still gaining users and advertisers amid ongoing controversies. 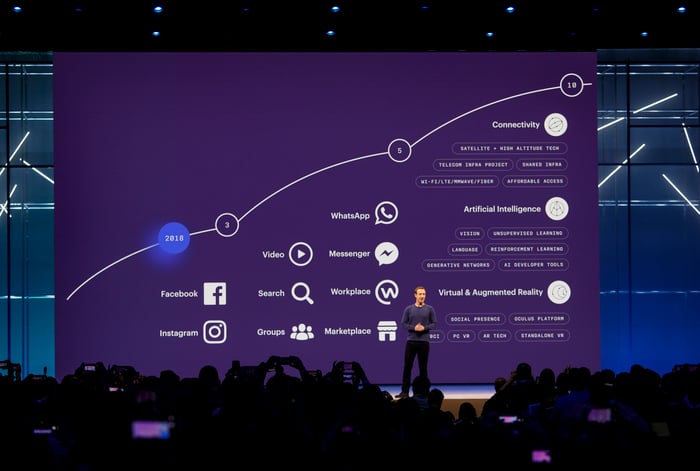 For the first quarter, Facebook expects its revenue growth rate to decelerate sequentially by a mid-single-digit percentage on a constant-currency basis. It expects year-over-year revenue growth to continue to decelerate over the course of 2019. Analysts currently expect that Facebook's revenue will rise 24% in fiscal 2019 but its earnings will stay roughly flat.

Facebook's 30% increase in revenue represents its slowest growth rate since its IPO, and that slowdown won't end anytime soon. The deceleration was mainly caused by the sluggish growth of its MAUs and DAUs in the U.S., Canada, and Europe.

Facebook's users in the U.S., Canada, and Europe generate significantly more revenue than its users in Asia and the rest of the world.

However, Facebook still grew its ARPU significantly across all four regions, indicating that advertisers weren't deterred by its headline-dominating privacy and security issues. In fact, Facebook added 1 million active advertisers over the past year to bring its total advertiser count to 7 million.

Furthermore, Facebook's DAU count rose sequentially in the U.S., Canada, and Europe during the fourth quarter, after declining in Europe and remaining steady in the U.S. and Canada during the third quarter.

This indicates that the dip in the third quarter was likely a temporary news-driven event, and Facebook can gradually replace those lost users as long as it avoids more high-profile scandals. Rising ARPU should gradually offset slower user growth in the U.S. and Canada and stabilize its top-line growth over the long term.

Facebook's operating margin fell 11 percentage points year over year to 46% during the fourth quarter, due to higher infrastructure investments and a 42% increase in its headcount. However, that also represents a 4 percentage point improvement from the third quarter. 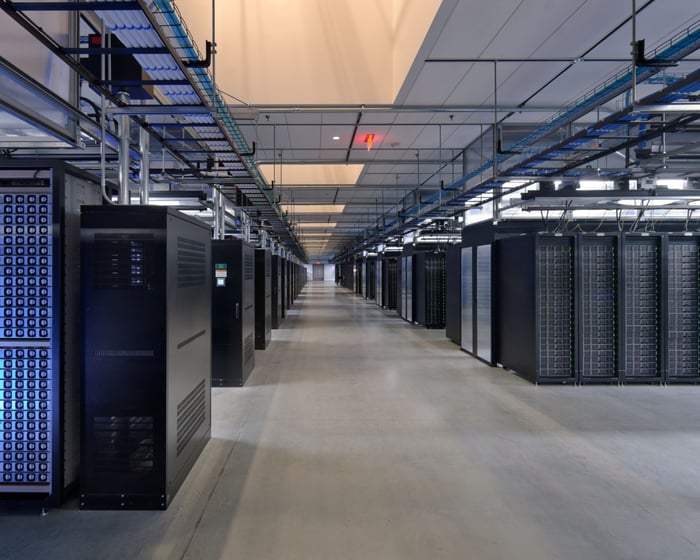 Facebook's 60%-plus growth in net income and net earnings initially seems impressive. However, those figures were boosted by two things: a much lower effective tax rate (which fell from 43% to 14%) and $12.9 billion in share buybacks over the past year.

That low-tax boost will wear off. Meanwhile, Facebook expects its total expenses to rise 40%-50% in 2019. That's why its earnings growth will temporarily flatten out this year.

An expanding ecosystem with irons in the fire

Over the long term, Facebook still has plenty of ways to grow its revenue and earnings. Facebook Watch now reaches 400 million monthly active viewers, Instagram is expanding its social shopping efforts, and SuperData recently reported that Facebook sold over half a million Oculus Go headsets during the holidays.

2.7 billion people used one of Facebook's apps (Facebook, Messenger, WhatsApp, or Instagram) in December, and the company's controversial plans to unify those messaging services could help it lock in those users for decades to come. Facebook also finished the quarter with $41 billion in cash and equivalents, so it can keep expanding its ecosystem with smart acquisitions.

I personally own shares of Facebook, and I don't plan to sell my shares anytime soon. The stock isn't cheap, with a forward P/E in the low 20s, but the company simply doesn't face any meaningful competition.

Facebook's worst enemy over the past year has been itself. If it can overcome its management, privacy, and security issues, it will remain a dominant force in social networking and online advertising -- which makes it a solid long-term buy.