If you're looking for a diversified precious metals play, Sibanye-Stillwater's differentiated portfolio is interesting, but is it worth investing in?

Sibanye-Stillwater (SBSW 0.87%) was created by the May 2017 merger of gold miner Sibanye Gold Limited (under which you might still see the company's name listed on some stock price services) and platinum group metals miner Stillwater Mining. It was a huge, transformative transaction that shifted the company's metals profile in a dramatic way. With a vastly different portfolio from many precious metals peers, is Sibanye-Stillwater worth your investment dollars?

Sibanye agreed to buy Stillwater in late 2016 for roughly $2.2 billion. The announcement sent Stillwater's shares soaring, because that represented a 23% premium to the stock's closing price the day before the acquisition news hit the market. Structured as an all-cash deal, Stillwater shareholders got a nice bounce. But Sibanye investors weren't quite as well rewarded. 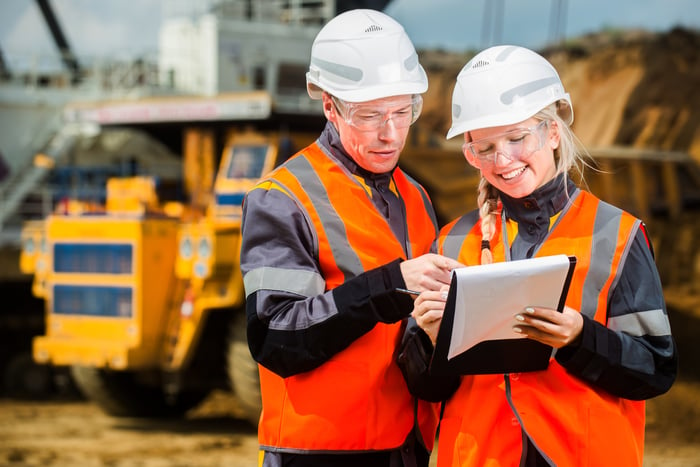 Sibanye had to take on a material amount of debt to get the deal done. To put some numbers on that, at the end of 2016 Sibanye had $600 million in long-term debt, which ballooned to $1.9 billion by the end of 2017. Worse, the company issued $1 billion in stock along the way, enticing investors to buy the shares with a massive 60% discount to the then-current price. With Sibanye shareholders seeing material dilution, it isn't particularly surprising that the shares sold off in a big way following that sale. The stock, now known as Sibanye-Stillwater, has yet to recover. 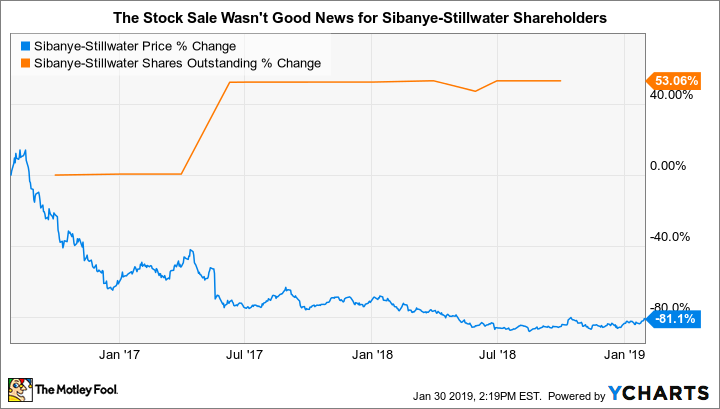 It's the operations that matter

Which brings up the really big issue here: The pairing of Sibanye and Stillwater hasn't really created a better miner. The company's production profile is unique, at roughly 50% gold and 50% platinum group metals. However, it remains, for the most part, a marginal miner. And buying some platinum operations isn't enough to change the big picture here.

Sibanye-Stillwater's all-in sustaining costs for gold (which add the cost of mining for gold to the capital expenditures needed to keep its mines running) are expected to be, at best, $1,311 per ounce in 2018. That's basically about the current spot price of gold. In the current environment, the gold division is barely profitable at best. The platinum side has been a little better, but the picture is still not great.

For example, the company's U.S. platinum operations have an all-in sustaining cost of around $680 an ounce on the high end. That's enough to turn a nice profit based on recent platinum prices, which are around $1,300 per ounce. However, this division only accounts for about a third of Sibanye-Stillwater's platinum production. The rest comes from its South African operations, where costs are as much as 25% higher. Yes, its South African platinum mines can make money today, but they certainly aren't as desirable as the company's smaller U.S. assets.

Production in the first half of 2018 (the miner only reports semiannually), meanwhile, was down in the company's gold and South African platinum operations. Sibanye-Stillwater's profits were up year over year in the first half of 2018, but fell sequentially from the second half of 2017. This merger isn't exactly turning out to be a big success so far. And there's not likely to be a huge improvement in the big picture here in the back half of 2018.

Why? For starters, the company has been dealing with a contentious strike. That's a drag on performance and a headache for management. Perhaps even worse, however, is that it has also had some significant accidents at its South African mines. The accidents were so notable, in fact, that the South Africa's mineral resources minister called the miner out by name in an attempt to push it to improve its safety performance. Safety is a huge issue in the mining industry, so this is a really bad sign on an operational level.

Meanwhile, despite the stock issuance from which the share price has yet to recover, Sibanye-Stillwater has continued to add assets to the portfolio. And it looks like the most recent purchase (the Lonmin platinum mine) necessitated changes to the company's debt covenants so that it would avoid a technical default. It's good that the company's lenders are working with it, but it's not great that it had to ask for this type of concession.

You should probably avoid Sibanye-Stillwater

When you add it all up, Sibanye-Stillwater doesn't stand out as a good stock to buy today. Yes, it offers a unique production profile, with a split of gold and platinum group metals. But that's not enough to overcome the negatives, including the shareholder-unfriendly stock sale, high costs in the gold business, and troubling operational issues. The platinum assets it now owns are a bright spot, but even there the difference between the smaller U.S. business and larger South African assets points to a mixed picture at best. Most investors would be better off elsewhere.