If you haven't considered your Social Security break-even point yet, then you're missing out on a key piece of information that can help you decide when to begin collecting it. Absent an understanding of the significant differences associated with claiming your benefit at different ages, you could wind up short-selling yourself in retirement, putting your financial security at risk.

The number that matters 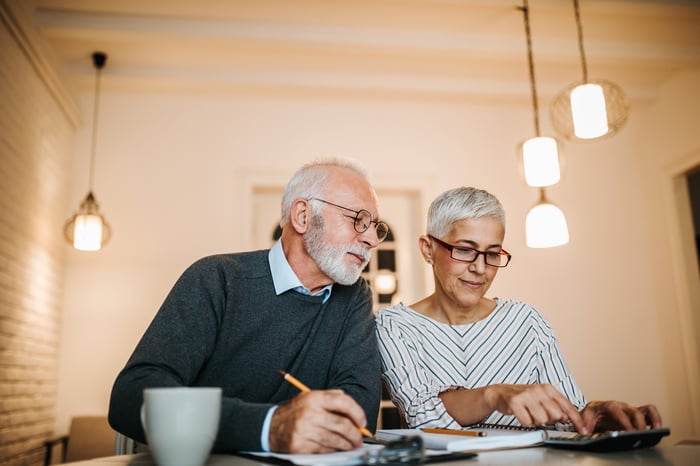 Retiring workers qualify for Social Security benefits as young as age 62, and many people retire at that age (it's the most popular one by far). But retiring at age 62 means accepting a much smaller monthly Social Security check. You're only paid 100% of the benefit you're entitled to if you wait until your full retirement age to claim it. If you join the millions of people who claim benefits when they're younger than that, then your retirement income will take a significant hit.

Social Security is designed to pay you the same amount in expected lifetime benefits, regardless of what age you claim at. If you claim early, you'll get more monthly checks during your lifetime, but those checks will be a lot smaller. Social Security reduces your payment by 5/9 of 1% for every month you claim early up to your first 36 months, and if you exceed 36 months, then it will reduce it by an additional 5/12 of 1% per month. That means people with a full retirement age of 67 (the full retirement age for anyone born in or after 1960) will wind up collecting a monthly benefits check that's 30% smaller if they claim Social Security at 62.

How a break-even analysis helps

That haircut to monthly income could be worth the extra years of checks, but figuring that out is hard if you don't calculate the break-even points associated with claiming at various ages. Fortunately, this calculation isn't too hard.

Using those figures, we can create a spreadsheet using age and annual income. We can add up the income the person receives each year to learn how much the lifetime total benefit is at various ages.

If we keep adding rows out to age 90 and then chart it on a graph, we can see where these lifetime benefit amounts intersect. As you can see, the benefit of receiving many smaller checks by claiming at age 62 disappears as you get deeper into your 70s. In fact, the amount this person would collect in lifetime benefits by claiming at age 67 eclipses lifetime benefits associated with claiming at 62 by age 78. And the amount collected by waiting until age 70 to claim eclipses the amount from claiming at age 67 by age 82. The average life expectancy of a 65-year-old man today is 84.3 years, and it's 86.7 years for the average 65-year-old woman. So if you live as long as the average person, waiting until age 70 will allow you to bank the most possible from Social Security.

That's not to say that break-even analysis is the only yardstick for deciding at what age to claim your Social Security benefits. Retirement goals, your health, other sources of retirement income, and the impact of claiming at various ages on your spouse's survivor benefit should all be considered. Nevertheless, knowing your break-even point does provide objective data that can help you decide the retirement age that's best for you.