Which stock is the better pick for your portfolio?

If you're looking to invest in a technology stock -- and, more specifically, a semiconductor stock -- then there are a lot of names to choose from. Two that might've popped up on your radar are wireless giant Qualcomm (QCOM -0.50%) and small display semiconductor specialist Himax Technologies (HIMX -2.44%).

These two companies, quite frankly, couldn't be more different, aside from the fact that both of them build and sell semiconductor products. 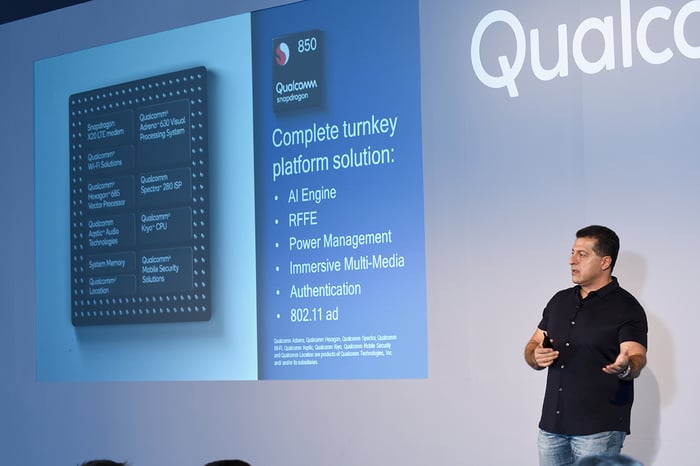 To that end, I'd like to compare the two across a number of metrics and offer some perspective on which one might be a better fit for your portfolio, depending on a number of factors.

Qualcomm is large, Himax is small

Qualcomm is the clear leader in its field. The company dominates the merchant market for mobile applications processors (although that's not to say the company doesn't have fierce competition -- it does). It also makes a mint from licensing out its wireless patent portfolio and collecting royalties from those patents. (However, that business is under serious legal fire.)

Himax, on the other hand, is a relatively small company that makes the bulk of its money from selling display drivers, which are chips that control the colors of the individual pixels on a computer display. In 2017, such chips, in aggregate, made up 77.3% of the company's total revenue. That market is fiercely competitive, with both direct competitors in the merchant market as well as smartphone companies potentially building their own.

Himax has also been vocal about its efforts to build 3D-sensing products for smartphones in a bid to profit from Android smartphone makers looking to mimic the Face ID technology found in the latest iPhones. On the company's Nov. 8 earnings call, Himax CEO Jordan Wu said that the company already has "one such end customer using our technology for mass production with two more customers in the pipeline targeting 2019 product launch."

So you need to ask yourself if you're more interested in owning a large leader in its field (although, admittedly, one that's facing significant challenges), or a smaller company that might not be in such a dominant position? Shares of smaller companies tend to be more volatile (and, I'd argue, risky) than shares of larger ones, but in return, smaller companies often have more room to grow.

Check out the latest Qualcomm and Himax earnings call transcripts.

Both Qualcomm and Himax offer dividends, but the former's is more attractive than the latter's. Himax pays an annual dividend and the last time the company declared a dividend was back on June 19, 2018. That dividend, good for $0.10 per share, was paid out on July 31, 2018. 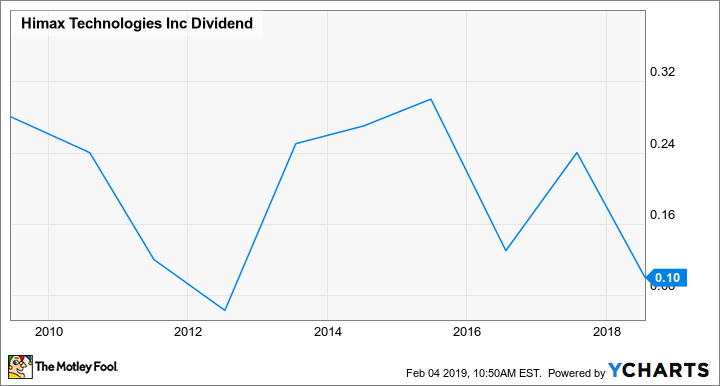 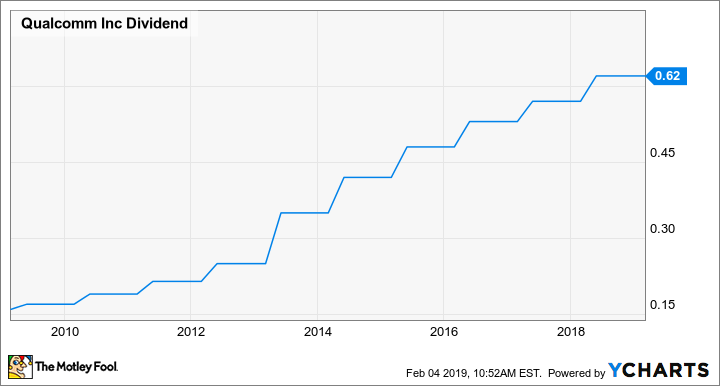 While the Federal Trade Commission lawsuit has seemingly sent jitters down investors' spines about the sustainability of Qualcomm's profit machine (and, by extension, its ability to fund its current dividend), should the company's current business model remain largely intact after the judgment on that comes out, I'd expect its dividend to continue to grow over the long term.

So if dividends matter to you, Qualcomm is clearly the better pick, as it currently pays more and doesn't offer the sheer unpredictability in dividend payments that Himax does.

It's impossible to predict with 100% accuracy what kind of growth a company will deliver in the coming years. We can, however, turn to the average revenue estimates from the analyst community to guide us in terms of general direction and rough magnitude.

If revenue growth is your top concern, then current analyst estimates suggest that Himax will outgrow Qualcomm in the near term.

Himax is expected to grow at a faster rate, but you also have to keep in mind that Qualcomm stock trades at a much lower valuation relative to those future earnings estimates. So it's hard to really pick a winner here, as Himax's more rapid growth expectations relative to Qualcomm's seem to be reflected in its richer valuation.

The bottom line is this: I think as a tech investor, you're going to need to decide whether you're more interested in buying shares of a much larger, more established company, or if you want to take a flier on a smaller, less established one with potentially faster growth prospects.

Once you've made that decision, then you can start to compare companies like Himax or Qualcomm against peers that are of similar size and market position.