Please ensure Javascript is enabled for purposes of website accessibility
Log In Help Join The Motley Fool
Free Article Join Over 1 Million Premium Members And Get More In-Depth Stock Guidance and Research
By Asit Sharma – Updated Apr 21, 2019 at 12:08AM

The revenue stream on which management has bet the respected newspaper's future continues to surge.

Below, let's peruse headline numbers and walk through vital details of the last three months. Note that in the discussion that follows, all comparative numbers refer to the prior-year period (the fourth quarter of 2017). 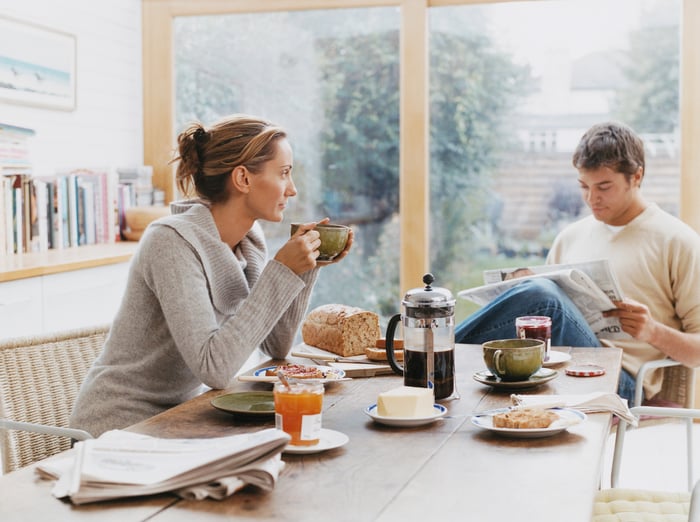 We ended 2018 with $709 million in total digital revenue. This means that after just three years, we are already three quarters of the way to achieving our five-year goal of doubling digital revenue to $800 million by 2020. As a result we are setting ourselves a new goal -- to grow our subscription business to more than 10 million subscriptions by 2025. Our appeal to subscribers -- and to the world's leading advertisers -- depends more than anything on the quality of our journalism. That is why we have increased, rather than cut back, our investment in our newsroom and opinion departments. We want to accelerate our digital growth further, so in 2019, we will direct fresh investment into journalism, product and marketing.

The advertising top line is expected to decline in the low- to mid-single digits next quarter, as print advertising will remain weak, although digital advertising revenue should climb in the mid-teens range. Other revenue is slated to expand by 50% during the first quarter.

Management projects that adjusted operating costs will rise by 10% in the first quarter due to investments in commercial print operations and "continued investment into the drivers of digital subscription growth: marketing, product, and journalism." In other words, as CEO Thompson explained above, management intends to keep pouring resources into product enhancements that have so far resulted in sustained growth in the company's digital user base.