Paycom Software (PAYC 2.10%) reported its third-quarter results on Tuesday. The provider of human capital management software capped off 2018 with quarterly revenue growth of 32%. This matches its highest rate of change during the year. However, a higher tax bill and management's decision to spend lavishly on growth programs caused its profits to take a step back. 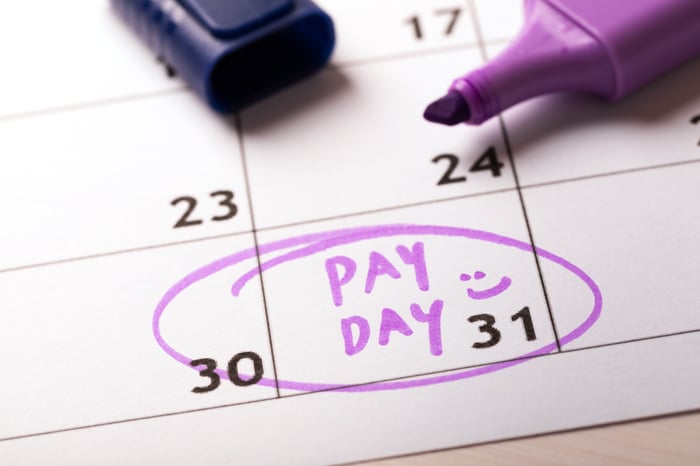 What happened with Paycom Software this quarter?

Turning to the full year, here's how the company's key numbers shook out:

Chad Richison, Paycom's CEO and founder, was pleased with his company's performance during the year. He was quoted in a company press release as saying: "2018 was one of our most successful years as we improved our retention rate and continued to return value to our stockholders through our repurchase program. We believe our impressive results are due in-part to our strategy to promote usage of Paycom software among our clients' employees."

Management expects that the company's strong growth will continue in the current quarter:

Continued reinvestment in the business is also expected to drive upbeat results for the full year:

Given Paycom's established history blowing past its own targets and raising guidance, investors might want to take these numbers with a big grain of sugar.