The video game industry has gotten crowded, and that's put even giants like Take-Two Interactive Software (NASDAQ:TTWO) into a difficult position. Blockbuster releases like the long-awaited Red Dead Redemption 2 are instrumental for a company's long-term success, but high expectations make it very difficult for the company to meet all of the expectations investors build up during the long wait between such releases. Sometimes, that means what appear to be strong gains nevertheless fall short of what people want to see.

Coming into Wednesday's fiscal third-quarter financial report, Take-Two investors wanted to see blowout numbers in revenue and earnings. The company's performance was indeed strong, but it raised some concerns among investors about the extent to which Take-Two will be able to keep cashing in on its game franchises for the rest of 2019 and in the future. 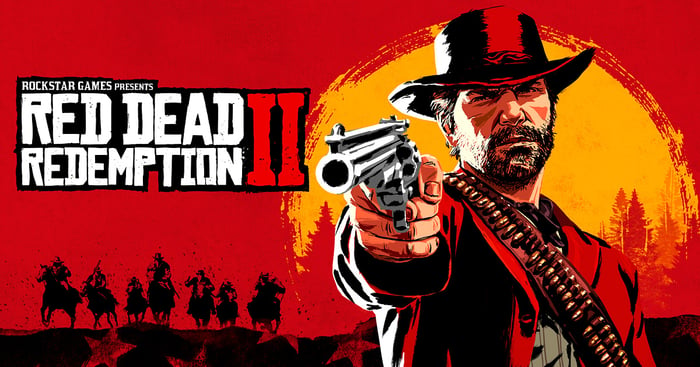 Take-Two reports on a pivotal quarter

Take-Two's fiscal third-quarter results reflected the impact of Red Dead Redemption 2 and other key releases. Net revenue jumped almost 160% to $1.25 billion, which was a larger move higher than most of those following the stock were expecting to see. GAAP net income jumped sevenfold from the year-earlier quarter to $179.9 million, which worked out to $1.57 per share. That was well below the consensus forecast among investors for $2.75 per share, but it also failed to take into account one-time items that hurt Take-Two's bottom line. Some projections put adjusted earnings as high as $4 per share.

Take-Two's fundamental performance looked strong. Bookings soared 140% to $1.57 billion, which was even stronger than the $1.48 billion forecast among those following Take-Two. Red Dead Redemption 2 was the biggest contributor to the numbers, but the new NBA 2K19 also played a key role in driving sales, along with Grand Theft Auto and WWE game installments.

Interestingly, the influence of Red Dead Redemption 2 seemed to show a resurgence of the old way of doing business in the video game industry. Revenue from digitally delivered content was up 130%, but that was slower than the overall sales gains, showing that more gamers preferred to use old-style game purchase methods to get the latest installment. Physical media sales almost tripled from year-ago levels. Recurring revenue also showed slower growth than the overall top line, falling from 32% of total revenue in the third quarter of fiscal 2018 to just 24% last quarter.

It was easy for CEO Strauss Zelnick to explain the quarter's successes. "Take-Two delivered better-than-expected results in the fiscal third quarter," Zelnick said, as "our outperformance was driven primarily by the record-breaking launch of Red Dead Redemption 2 along with strong results from NBA 2K19."

Is Take-Two going to slow down?

Take-Two has high hopes that it'll be able to continue the positive momentum it's generated recently. As the CEO put it:

As our industry continues to embrace new technologies that enhance consumers' experience with and access to interactive entertainment, we remain focused on broadening the reach of our content and expanding further globally.

Zelnick is confident about Take-Two's position in the video game industry and its ability to remain a leader in the field.

That led Take-Two to boost its guidance for the full fiscal year once again. New revenue guidance of $2.66 billion to $2.71 billion is $60 million to $110 million higher than its previous range, and GAAP earnings of $3.07 to $3.18 per share would be $1.20 to $1.35 above its earlier projections. For the fiscal fourth quarter, revenue of $530 million to $580 million and earnings of $0.67 to $0.77 per share would be below the consensus forecasts for $606 million and $1.09 per share, respectively, although there's some confusion among investors about whether bookings or official revenue is the better metric to track.

Take-Two investors weren't entirely pleased with the forecasts for the fourth quarter, and the stock dropped 9% in pre-market trading following the announcement. A slowdown isn't a foregone conclusion for Take-Two, but the video game giant is quite familiar with the challenges of keeping up positive momentum as a new blockbuster release ages and has less of a positive impact on quarterly results as time goes by.