Please ensure Javascript is enabled for purposes of website accessibility
Log In Help Join The Motley Fool
Free Article Join Over 1 Million Premium Members And Get More In-Depth Stock Guidance and Research
By Timothy Green – Updated Apr 15, 2019 at 11:22AM

Shares of video game developer and publisher Take-Two Interactive (TTWO 0.65%) slumped on Wednesday after the company reported its fiscal third-quarter results. Revenue and earnings exploded thanks to Red Dead Redemption 2, but concerns about a changing video game industry may have been too much to overcome. The stock was down about 13.3% at 12:55 p.m. EST.

Take-Two reported third-quarter revenue of $1.25 billion, up 160% year over year. Net bookings were $1.57 billion, up 140% year over year and about $50 million ahead of the average analyst estimate. Digitally delivered net revenue more than doubled to $594.7 million, accounting for nearly half of total revenue. Earnings per share was $1.57, up from $0.21 in the prior-year period. The bottom line benefited from the release of valuation allowances related to deferred tax assets. 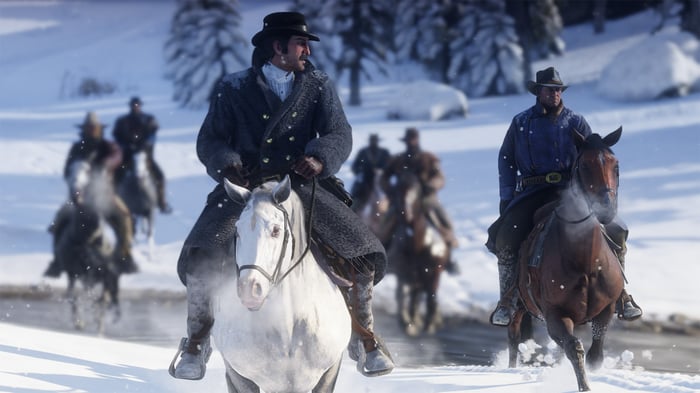 Take-Two's growth was driven primarily by the launch of Red Dead Redemption 2 in October. The game has sold more than 23 million units worldwide, making it the best-selling video game of 2018.

While Take-Two's results were positive, investors may be concerned about the company's ability to adapt to a changing video game industry. Free-to-play games like Fortnite have become extremely popular, and this trend could threaten Take-Two's dependence on blockbuster games to drive growth.

Take-Two CEO Strauss Zelnick is confident that the company will continue to thrive: "Take-Two is exceedingly well-positioned -- creatively, strategically and financially -- to capitalize on the vast opportunities that will shape the future of our business, and to deliver long-term growth and margin expansion."