Between good business results and progress toward strategic objectives, the voice-recognition specialist is optimistic about its future.

The technology industry is in high-growth mode, with plenty of lucrative trends in key areas like artificial intelligence giving companies the opportunity to seek to generate huge profits. Nuance Communications (NUAN) has been an important player in the voice-recognition business for a long time, and lately, it's been trying to use its experience to find new ways to grow in high-profile areas.

Coming into Thursday's fiscal first-quarter financial report, Nuance investors were hoping that the company would be able to generate some positive momentum by executing on its planned strategic shifts toward more promising market areas. Nuance's numbers were fairly encouraging, and the company has been able to make progress toward longer-term success. 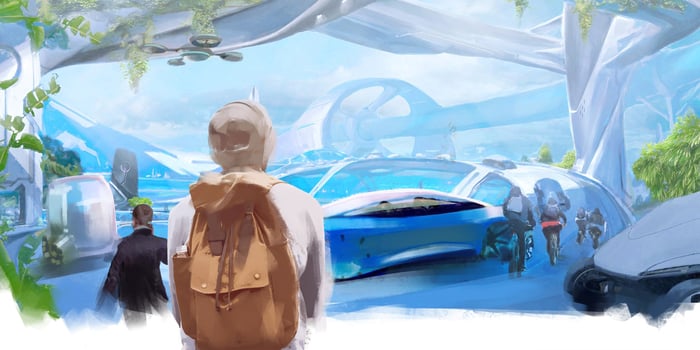 How Nuance fared to start 2019

Nuance's fiscal first-quarter results were generally encouraging. Adjusted revenue under the ASC 605 accounting standards came in at $516.3 million, which was quite a bit better than the company's previous guidance for between $497 million and $511 million on the top line. Similarly, adjusted earnings of $0.34 per share came in well above the forecast from Nuance for $0.27 to $0.29 per share in earnings for the period.

Nuance saw the strongest growth during the period from its hosting services, with a 14% rise year over year. Revenue from perpetual product and licensing fees also rose by double-digit percentages, and a slight gain in revenue from recurring product and licensing activity also helped Nuance. However, declines in revenue from maintenance and support, as well as professional services, weighed on the company's overall top-line results.

Referring to Nuance's historical segment divisions, organic growth was strongest in the automotive division, where sales picked up 14%. The enterprise division also did well, with 8% organic growth, but the healthcare segment lagged badly, seeing a 1% decline on its top line.

In terms of profit, though, all three areas did reasonably well, with the best gains coming from the healthcare unit. Some of that disparity came from the fact that, as Nuance makes a transition away from perpetual licensing revenue in favor of a subscription-based model, revenue takes an immediate hit, but profitability remains unchanged or even gets enhanced.

CEO Mark Benjamin was happy with how things went. "We are pleased with how we performed in the quarter," Benjamin said, "including overperformance in revenue and profits." The CEO noted that strong results across segments, progress in strategic initiatives, and disciplined capital allocation all contributed to Nuance's achievements.

Nuance has plenty more work to do. In Benjamin's words, "We remain focused on executing on our strategy to transition our conversational AI business to cloud-based, intelligence-driven solutions and on allocating resources to ensure maximum success in our high-growth markets."

In particular, Nuance said that it's completed the sale of its imaging business, doing so after the formal end of the quarter and getting $400 million in proceeds. Nuance is also still on track to finish spinning off its automotive software segment before the end of the current fiscal year.

With the sale of the imaging division, Nuance had to change its guidance for the fiscal year. Using ASC 606 standards, Nuance now sees adjusted revenue of $1.797 billion to $1.849 billion, which takes out roughly $200 million of sales that used to go to imaging. That still reflects expected organic growth rates of -1% to +1%. With earnings guidance under ASC 606, Nuance expects $0.97 to $1.11 per share on its bottom line for the full year. In the fiscal second quarter, the company sees adjusted revenue of $439 million to $453 million, with adjusted earnings of $0.24 to $0.27 per share.

Nuance shareholders seemed relatively comfortable with the report, and the stock was largely unchanged in after-hours trading following the announcement. The company still has a long way to go, but the progress Nuance has made is noteworthy, and investors are optimistic that the voice-recognition pioneer can keep finding lucrative opportunities to grow.