Social media platforms can be toxic places and have been that way for a long time. "We suck at dealing with abuse," former Twitter (NYSE:TWTR) CEO Dick Costolo once famously said.

As Facebook (NASDAQ:FB) and Twitter, two of the most prominent social media platforms on Earth, finally start to take abuse, harassment, and disinformation more seriously, investors are beginning to realize that the companies have little choice but to sacrifice profitability for the sake of platform health. 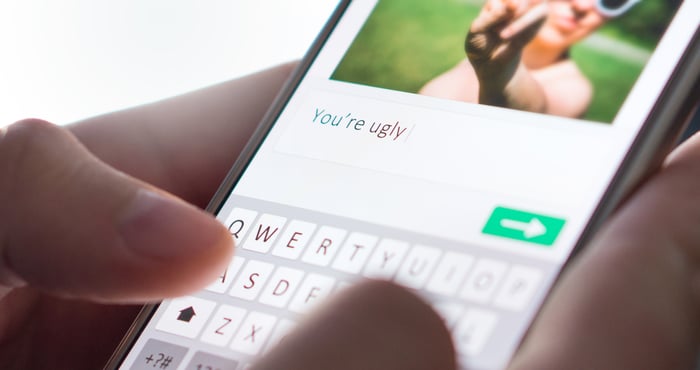 Both companies are seeing costs rise as they each invest heavily in their safety programs. Twitter has only recently gotten costs under control, reporting five consecutive quarters of GAAP profitability, but is now predicting that total operating expenses for 2019 will jump 20%. Twitter continues to improve the overall health of the platform, which the company says remains its top priority. Abuse reports declined by 16% in 2018, and enforcement of reports were three times more effective (whatever that means) last year, according to Twitter.

Likewise, Facebook expects total costs and expenses in 2019 to soar by 40% to 50%. That's after tripling head count in safety and security from 10,000 to 30,000 in 2018, most of which are contract workers. "On all the content and safety and security issues, there's more to do here but I'm proud of the work that we've done to get in front of a lot more of these issues," CEO Mark Zuckerberg said last week.

Facebook already saw its margins get pinched significantly in 2018, a function of expense growth outpacing revenue growth. Revenue in 2018 grew 38%, while total costs jumped 51%. That led to operating margin contracting by 5 percentage points to 45%. The social networking leader's outlook calls for total costs in 2019 to be $43.3 billion to $46.4 billion. Facebook doesn't provide a full-year revenue forecast, but analysts are modeling for $68.5 billion in 2019 revenue. Combining those figures translates into an operating margin of just 32% to 37%.

Twitter's year-over-year comparisons are less meaningful, since it lost money throughout most of 2017. The microblogging service posted operating income of $453.3 million for 2018, good for a 15% operating margin. Like Facebook, Twitter does not provide a full-year revenue forecast. Unlike Facebook, Twitter's 2019 guidance only includes operating expenses instead of total expenses (which includes cost of sales).

However, when pressed by an analyst on the potential for margin expansion in 2019, CFO Ned Segal dodged the question, which doesn't inspire a lot of confidence:

We think about growing the number of people who use Twitter over long periods of time. And so we make the investment decisions with the long-term time horizon. The margins will be an output of those decisions in the revenue that we deliver at any given period. And we're going to work hard to deliver great outcomes.

Even if Twitter's operating margin dips in 2019 as a result of safety investments, much like Facebook's is expected to, it will be well worth it. Both companies are right to prioritize platform health over financial considerations, and Zuck has said repeatedly that the Facebook community's health trumps corporate profitability.

In recent years, social media companies have been grappling with existential questions around whether they contribute to the world in a positive way. It might cost a ton of money to get there, but Facebook and Twitter sure hope the answer will eventually be "yes."