Iron Mountain's changing business was on full display in January, but that wasn't the reason for the huge monthly gain.

Shares of real estate investment trust Iron Mountain (IRM -3.10%) jumped roughly 15% in January according to data provided by S&P Global Market Intelligence. That was above both the S&P 500 index's 6% gain and the broader REIT sector's advance of around 12%, as tracked by sector proxy Vanguard Real Estate ETF (VNQ -2.42%), an exchange traded fund.

Interestingly, the January upturn was almost the exact reverse of 2018. Iron Mountain's shares were down 14% last year, with the broader REIT space off by 10% and the S&P 500 index roughly 6% lower.

The big picture here is that Iron Mountain's stock simply rebounded after a tough stretch. And since it was down more than the average REIT and the S&P 500, it gained more when investor sentiment turned more positive. There's really not a whole lot more to read into the stock price movement here. 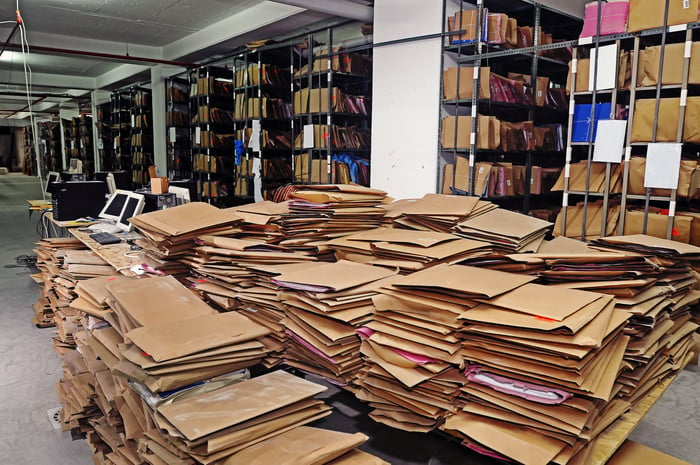 That said, two pieces of news from January highlight Iron Mountain's shifting fundamentals. The REIT started out offering physical storage of documents. Essentially, a bank or some other entity that had paper records it legally needed to keep but didn't want to actually have in an office (or that needed more secure storage than could be provided by the company's facilities) could give them to Iron Mountain. Iron Mountain would then lock them up in an old limestone mine some 200 feet below the Earth's surface. (The REIT also has secure aboveground facilities, but the limestone mine is a far more dramatic image.)

On Jan. 1, Iron Mountain acquired Lane Archive Technologies Limited in the Philippines, adding eight facilities to the company's existing Philippine portfolio. Basically, this broadened its physical storage business. But the world is increasingly shifting away from paper and toward digital. Which is where a Jan. 28 news release comes in. Iron Mountain noted that it was expanding its Iron Cloud business into Canada, offering companies in that country secure digital storage services. That is the future at Iron Mountain, being built off the core physical storage business. 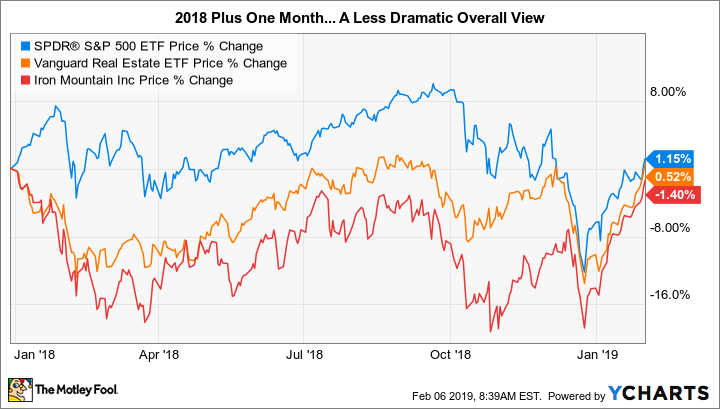 Although these news releases don't highlight any change in the company's direction, they do nicely illustrate the dual nature of its business today. And though it's highly likely that neither had a material impact on the company's January performance, both are worthy of note for investors.

Wall Street is a fickle beast. In late 2018 investors were in a negative state of mind and pushed stocks, including Iron Mountain, lower. Just as quickly, however, the mood brightened in 2019, and stocks gained back lost ground. Investors need to be ready for such changes in sentiment, which are nothing new.

That said, such dramatic moves can overshadow the fundamental picture at some companies. In this case, Iron Mountain's two material news releases show that it's still using the same playbook it has for some time now, adjusting to a digital future using its analog past as the foundation. The ups and downs of the market won't change that as the REIT looks to shift its business along with its customers' needs.