The top glassmaker has been on an outperformance streak. Is it time to buy?

What does Gorilla Glass manufacturer Corning (GLW 1.02%) have in common with its signature product? Neither is fragile. Indeed, after a monster quarter in which the glass specialist beat analysts' expectations, Wall Street boosted the company's stock to near its all-time high.

But, of course, when a company's share price starts hitting record highs, it's natural for investors to wonder if they've already missed out on the big gains. Let's take a closer look to see if Corning is a buy now. 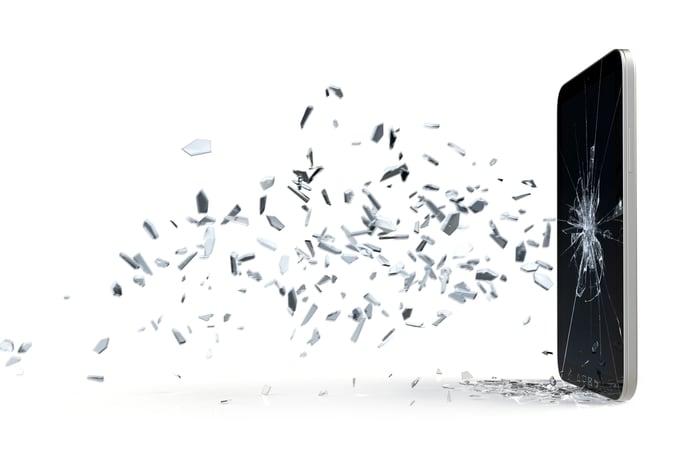 Not your grandma's Corningware

Corning's business model has changed a lot since it started manufacturing the famous "cornflower" Corningware baking pans in the 1950s. Heck, it's even changed quite a bit from where it was a year ago. And that's a very good thing.

For years, the bread and butter of Corning's operations has been its display technologies segment, which is primarily a manufacturer of screens for big-screen TVs. In 2017, display technologies only accounted for about 30% of Corning's revenue but 60% of earnings. And while TV screens had been trending larger -- good for Corning, because it meant higher demand -- prices for display glasses were falling, in some cases by double-digit percentages each year, which isn't good at all when it's your biggest profit driver.

In 2018, the year-over-year declines in display glass prices had slowed to the mid-single digits, but the segment was still underperforming. Revenue was up a mere 4% year over year, while segment net income fell by 6%. Luckily, growth in the company's other businesses started to accelerate. This was especially helpful in the optical communications segment, its largest unit by revenue. Sales for optical communications, which manufactures high-tech fiber-optic cable, rose 18% and profits soared 26% year over year.

Corning's smaller divisions, which include environmental technologies (primarily industrial filters), life sciences (lab equipment), and specialty materials (home of the damage-resistant Gorilla Glass), all grew, with the result that display technologies accounted for 29% of revenue in 2018 -- almost unchanged from the prior year -- but only 40% of segment net income.

In other words, Corning is moving in the right direction: away from TV screens and toward cutting-edge glass applications.

Look into the glass to see the future

Corning has been able to grow its businesses by inventing superior new products and offering substantial upgrades to existing ones. For example, in third-quarter 2018, it not only rolled out its sixth-generation Gorilla Glass for smartphones but also Gorilla Glass DX and DX+ for wearables.

The company is also actively pursuing automotive applications for Gorilla Glass, to tap into the multibillion-dollar auto glass market, which -- thanks to the amount of glass required for a single vehicle -- is much larger than the glass market for devices, a dominant share of which Corning already commands.

Meanwhile, the fiber-optic cable market is growing quickly as video makes up an ever larger share of internet traffic, and Corning boasts that it offers the only "end-to-end" solutions in the industry.

These product innovations -- and the company's strong commitment to continued research and development spending -- should help Corning continue to make inroads into these high-growth markets. 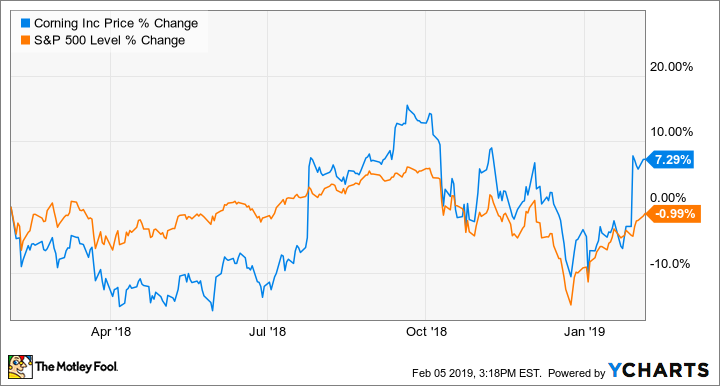 Corning has done an admirable job of growing its businesses and enhancing its product lines. It's also made a great deal of progress in creating value for its shareholders. It's also nearing the end of its four-year strategy and capital allocation framework. Announced in 2015, the framework detailed milestones it wanted to meet by the end of 2019. Well, 2019's now arrived, and Corning has already been able to successfully execute much of what it promised.

The company vowed to return $12.5 billion to shareholders through dividends and share repurchases, and as of the end of 2018, it had already completed $11.8 billion of those returns. Since 2015, it has increased its quarterly dividend by 50%, from $0.12 a share to $0.18, and has reduced the overall share count by 36%.

True, Corning's also added quite a bit of debt to its balance sheet during that time. Long-term debt is up 34.4% to just under $6 billion. But even so, this debt is just 1.8 times EBITDA, which seems like a manageable load. It also has $2.4 billion of cash on its books.

Thanks to a GAAP net loss in 2017, it's tough to evaluate Corning's current price-to-earnings ratio, but by other valuation metrics like forward P/E and enterprise value to EBITDA, the company seems competitively valued as compared to other materials science companies like 3M and Sherwin-Williams.

Although you might think there's nothing thrilling about making glass, Corning has some exciting opportunities ahead of it as it leverages its glassmaking expertise into 21st-century applications. Its prospects are good, and it seems fairly valued at its current prices. Corning looks like a buy.

Why Shares in Corning Soared Nearly 15% This Week
405%