Please ensure Javascript is enabled for purposes of website accessibility
Log In Help Join The Motley Fool
Free Article Join Over 1 Million Premium Members And Get More In-Depth Stock Guidance and Research
By George Budwell – Updated Apr 19, 2019 at 10:42AM

Shares of immuno-oncology company Agenus (AGEN -4.46%) gained a stately 41.6% in January, according to data from S&P Global Market Intelligence. What sparked this breakout?

Agenus' shares benefited from the intersection of two momentum-generating catalysts in January. Firstly, the healthcare space as a whole perked up in a big way last month, which undoubtedly played a role in Agenus' strong move northward during the first month of the new year. Secondly, the biotech's shares have been steadily marching higher ever since the company announced a licensing deal and equity stake from Gilead Sciences (GILD -0.37%) in late December. 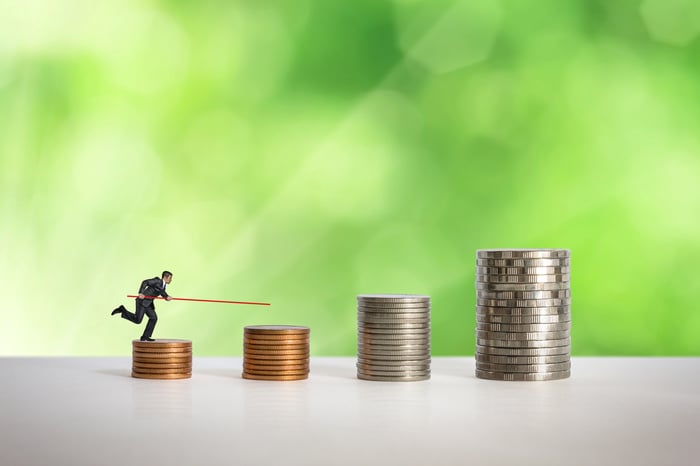 While Gilead's entrance into the picture is without question a positive development for this tiny cancer company, the biggest issue is that this licensing deal brought in some much-needed cash at an absolutely critical juncture. Agenus, after all, seemed to be headed for another large secondary offering prior to this licensing deal. However, with Gilead forking over $120 million in upfront cash per the terms of this agreement, the biotech shouldn't need to dilute shareholders through a hefty capital raise for another year -- and perhaps even longer.

Can Agenus' stock keep chugging higher in 2019? The answer to this key question isn't exactly clear at this stage. On one hand, Agenus' market cap remains well off of its 5-year highs -- implying that there could be additional upside in the months ahead. In the same breath, the company is also a few years away from generating revenue on a consistent basis or becoming cash-flow positive.

The problem is that developmental-stage companies like Agenus tend to trade in lockstep with the broader biotech industry -- making it next to impossible to forecast how these equities will perform over prolonged periods of time. This exceedingly volatile space, after all, has a long history of abruptly changing direction in response to even minor speed bumps.