Please ensure Javascript is enabled for purposes of website accessibility
Log In Help Join The Motley Fool
Free Article Join Over 1 Million Premium Members And Get More In-Depth Stock Guidance and Research
By Rich Smith – Updated Apr 19, 2019 at 10:42AM

A spinoff threw financial data sites for a loop today -- but not to worry. We'll clarify things for you.

Technically, since Henry Schein shares closed at $79.69 yesterday, but cost only $58.55 today, well, that's a 26.5% drop. But here's the thing: On Jan. 8, Henry Schein confirmed plans announced earlier to spin off its Henry Schein Animal Health Business, which would then immediately be acquired by and merged into privately held Direct Vet Marketing, which would then change its name to Covetrus and be listed on the Nasdaq under the ticker "CVET."

This morning, Henry Schein further confirmed that this spinoff has taken place. Thus, the new share price of Henry Schein stock reflects the fact that a substantial slice of the company's business has been excised and moved somewhere else. 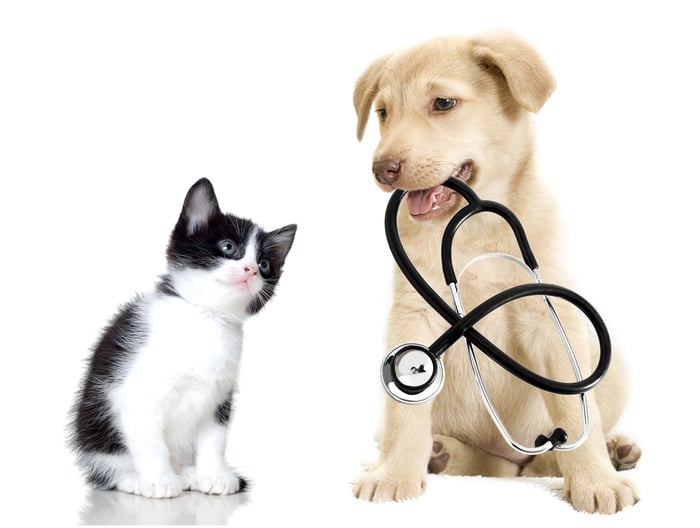 Henry Schein says it received $1.1 billion in "tax-free proceeds" from the spinoff and remerger of its animal health business, funds that will be used to pay off about half of the company's $2.2 billion debt load.

Post-spinoff, Henry Schein says it still has about $6.1 billion in annual revenue, of which 68% comes from the sale of dental supplies, 28% from medical, and 4% from the sale of technology and services. Both the company's medical supplies business and its services business were profitable before the spinoff, and will probably remain so post.

We'll just have to wait for the next earnings release to find out how profitable Henry Schein will be after its reorganization.