After the company issued a rare guidance warning, investors shouldn't get their hopes up.

Over the past several years, graphics processing specialist NVIDIA (NVDA 3.66%) seemed invincible. A perfect storm of strong demand from gamers, a growing data center business, and a surging cryptocurrency market rocketed the stock to nearly 1,300% gains in less than four years.

Then, the unthinkable happened: Several of the trends that propelled the company to record heights began to unravel simultaneously. The cryptocurrency bubble burst, leaving a glut of graphics processing units (GPUs), which were used to perform the cryptocurrency mining, on the market. To make matters worse, the data center business began slowing, and gamers were slow to adopt NVIDIA's latest processors. This caused NVIDIA to issue an uncharacteristic guidance warning, which sent the stock plummeting. 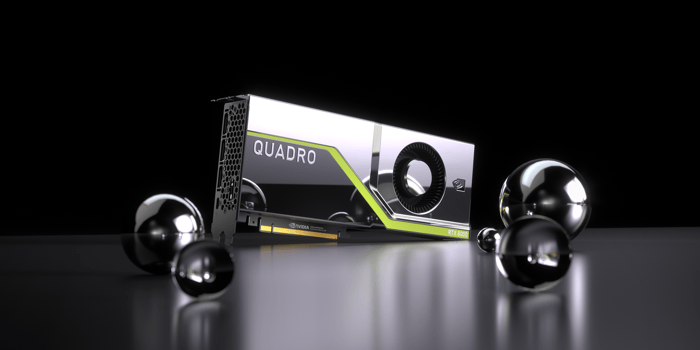 NVIDIA is scheduled to report the financial results of its fiscal 2019 fourth quarter after the market close on Thursday, Feb. 14. Let's recap the third-quarter results and the change to its guidance to see if it provides insight into what investors can expect when NVIDIA reports earnings.

For the fiscal 2019 third quarter (which ended Oct. 28, 2018), NVIDIA reported revenue of $3.18 billion, up 21% year over year, missing both the low end of management's guidance and analysts' consensus estimates. The company reported earnings per share of $1.97, up 48% compared with the prior-year quarter, surpassing expectations of $1.71.

NVIDIA said that much of the revenue miss was the result of excess inventory in the sales channel, the result of the recent cryptocurrency bust. Unfortunately, growth slowed across a broad swath of the company's business. The revenue data by segment tells the tale:

While 21% revenue growth might not seem terrible at first glance, consider this: In the previous four quarters, NVIDIA posted year-over-year revenue growth of 32%, 34%, 66%, and 40%, respectively. In fact, you'd have to go all the way back to the first quarter of fiscal 2017 to find a slower rate of growth. That makes this the worst quarter of revenue growth in more than two years.

At the time of its third-quarter report, NVIDIA said it expected revenue of $2.7 billion (plus or minus 2%), which would represent a decline of 7% year over year. This was far short of analysts' consensus estimates of $3.4 billion, causing NVIDIA's stock to lose more than 18% on the day following its earnings report.

The other shoe fell

The bottom fell out on Jan. 28, when NVIDIA issued revised guidance for the quarter. The company said it now expected revenue of $2.2 billion, a decline of 24% year over year. NVIDIA blamed the revised guidance on a number of factors. The company cited deteriorating macroeconomic conditions in China impacting consumer demand for its GPUs. Closer to home, gamers opted not to upgrade to the new high-end Turing processors, as game publishers haven't had the opportunity to incorporate the revolutionary new ray-tracing technology into their current slate of video games. NVIDIA also said a number of data center deals didn't close and subsequently shifted into the next quarter.

The revised guidance includes gross margins of 55%, down from previous estimates of 62.3%. The forecast for operating expenses remained the same at $915 million, while other income and expense increased from $21 million to $25 million. On an adjusted basis, the company is calling for gross margins of 56%, down from 62.5%, and non-GAAP operating expenses of $755 million, also unchanged.

The trifecta of bad news -- slowing sales in each of its most promising growth segments -- sent shareholders running for the exits, causing the stock to lose nearly half its value since late September. Investors will be looking for meaningful improvement in multiple segments in order for the stock to resume its growth trajectory. With the recent guidance cut, don't expect much good news when NVIDIA reports earnings after the market close on Thursday, Feb. 14.