On the surface, buying GrokStyle might just seem to be another way for Facebook to bolster the image-recognition technologies that power its social network. However, this acquisition also complements some of Facebook's other recent moves into the "social shopping" market. 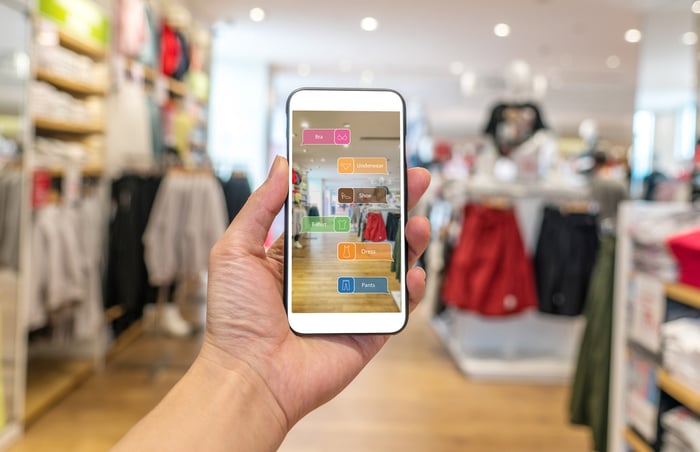 The business of social shopping

Facebook owns the largest social network in the world, but it's failed to leverage that strength to enter the e-commerce market. Facebook offers pages for businesses and brands, a marketplace for peer-to-peer transactions, shoppable Instagram posts, and pop-up stores for some digitally native businesses, yet none of those efforts helped it gain meaningful ground against Amazon (AMZN 1.41%).

But last December, Facebook started testing a new feature that lets merchants sell products through interactive Live videos. The sellers promote their products on its videos and respond to shoppers' questions in a real-time chat. Buyers can take pictures of the products they want to buy, send them to the seller via Messenger, and the seller requests an in-app payment. Facebook could eventually launch the feature, which is being tested in Thailand, in other markets or expand it to its Portal smart screens.

These companies all realize that e-commerce and social media markets will likely converge in near future. Developing or acquiring new technologies, like GrokStyle's visual searches, can help Facebook gain a foothold in that fledgling market. 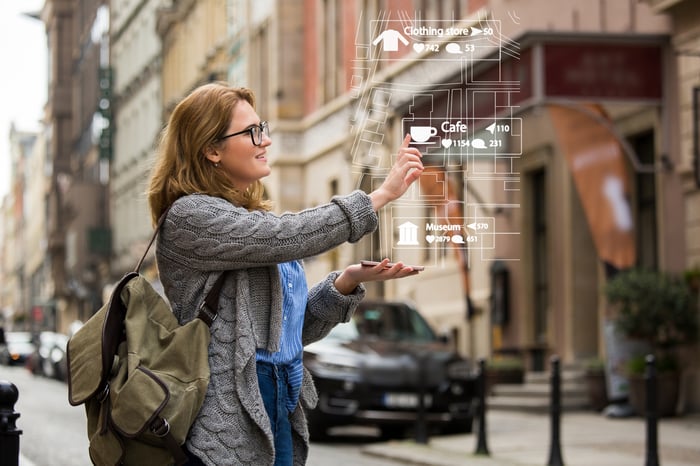 Is it also an investment in augmented reality?

Facebook might believe that its users could eventually shop by taking pictures within its mobile app, but that probably won't happen anytime soon. However, the acquisition of GrokStyle also comes shortly after Facebook created a dedicated group for developing augmented reality (AR) glasses -- which indicates that GrokStyle's visual-search technology could be incorporated into a wearable device.

The AR headset market also remains a niche one, but Facebook could leverage its first mover's advantage in the virtual reality (VR) market to sell those devices. SuperData expects Facebook to ship 1.3 million units of its next-gen VR headset, the Oculus Quest, this year.

This indicates that Facebook could launch its AR glasses, which will reportedly weigh less than 70 grams (under 2.5 ounces) and be "socially acceptable," as an Oculus-branded launchpad for its social shopping efforts. In theory, Facebook's smartglass-wearing shoppers could perform visual searches of products in stores without ever taking out their smartphones, and those searches could be directed toward products on Facebook's Marketplace or its business pages.

However, several companies are already developing smartglasses that connect to Amazon's Alexa. If smartglasses gain mainstream approval, it's likely that manufacturers will tether their devices to Alexa to reach more users. It's less likely that they'll partner with Facebook, especially if it fails to adequately address its privacy and security issues.

Facebook's moves in the visual-search and AR markets indicate that it's looking at its long-term future beyond smartphones. These moves won't make a meaningful difference anytime soon, but they could lock in users, gradually diversify Facebook's business away from online ads, and help it avoid disruption from "social shopping" challengers like Amazon.