Rumor had it that Korean tech titan Samsung might want to buy the company.

Shares of NXP Semiconductors (NXPI -2.32%) rose 18.8% higher in January 2019, according to data from S&P Global Market Intelligence. The maker of embedded semiconductors generally floated along with a rising market but also took a bigger leap mid-month, when a buyout rumor made the rounds.

According to South Korean investing site Invest Chosun, local tech giant Samsung (NASDAQOTH: SSNLF) was thinking about a buyout bid for NXP. The deal would boost Samsung's toehold in the market for automotive computing chips and NXP investors would finally realize the buyout exit that Qualcomm (QCOM -1.62%) never quite could finalize over the past three years.

Check out the latest NXP and Qualcomm earnings call transcripts. 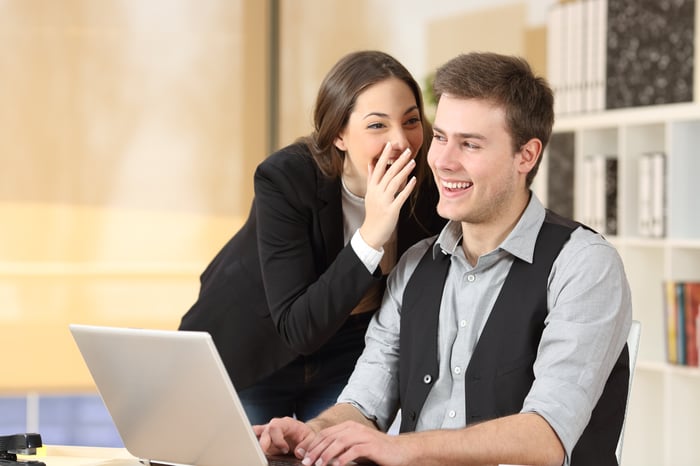 As rumors go, this wasn't a particularly convincing one. Chosun didn't provide any financial details such as Samsung's proposed bid per NXP share. This close to the collapse of the Qualcomm deal, NXP's management and investors should be skeptical of another big-ticket merger proposal.

That being said, NXP's share prices held on to their rumor-boosted gains throughout January and saw another modest jump on a solid earnings report last week. The stock is up by 21.5% in 2019 and still looks like a fantastic deal next to the popped $44 billion Qualcomm bid or a forward P/E ratio of less than 10. I don't think it'll take a Samsung-backed buyout to squeeze some solid gains out of this undervalued stock.