3D Systems and Stratasys opened 2019 with a bang. Proto Labs saw a bumpier start to the year.

In January, shares of Stratasys (SSYS 1.39%) and 3D Systems (DDD 7.77%), the two largest pure-play 3D printing stocks by market cap, soared 41.8% and 25.5%, respectively, while shares of Proto Labs (PRLB 2.42%), which offers 3D printing and other manufacturing services, gained 10.1%, according to data from S&P Global Market Intelligence.

This month, through Friday, Stratasys stock has gained 1.6% and 3D Systems has edged down 0.2%, while Proto Labs has plummeted 16.6%.

For context, the S&P 500 index returned 8% last month and has inched up 0.2% so far in February, through Friday. 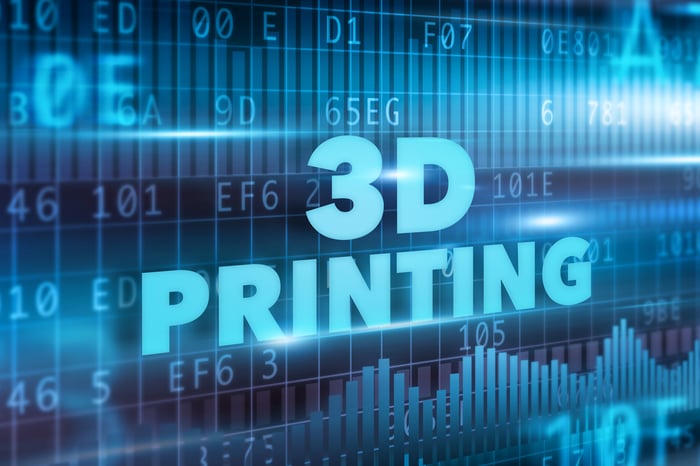 Neither company released any notable news in January or in very late December, nor was either specifically the subject of any material news during this period other than the Wall Street upgrades. So we can probably attribute the bulk of Stratasys' and 3D Systems stocks' strong performances last month to general market dynamics. Just as many highly valued stocks, particularly in the tech space, were hit especially hard by the market correction during the last three months of 2018, many of them came roaring back in an outsize way in January when the overall market bounced back.

Proto Labs also didn't release any notable news in January or in very late December, nor was it specifically the subject of any material news during this period. So we can probably safely attribute its stock's 10.1% rise in January to the general market conditions previously outlined.

The new year may have come in bullish for Proto Labs, but February turned bearish for the quick-turn contract manufacturer of prototypes and short-run production parts. Shares are down 16.6% this month through Friday, which we can attribute to the company's release on Feb. 7 of fourth-quarter 2018 results and first-quarter 2019 guidance that fell short of what Wall Street and, thus, many investors were looking for. The market sent shares of Proto Labs to a closing loss of 21.8% on the day it announced earnings.

Proto Labs' fourth-quarter results were actually quite solid, with revenue, earnings per share (EPS), and EPS adjusted for one-time items jumping 19.7%, 34%, and 27.6% year over year. However, the company's outlook for the first quarter of 2019 was tepid. It expects revenue growth of 5% to 10% year over year and expects adjusted EPS to decline by as much as 8% or grow by as much as 3% year over year.

Investors should be getting some material news soon, as 3D Systems is scheduled to report its fourth-quarter and full-year 2018 results after the market closes on Thursday, Feb. 28. Stratasys hasn't yet set a date for its earnings release, but it's widely expected to report in late February or very early March.

Along with the headline revenue and earnings numbers, the two metrics that investors should watch for both companies are gross margin and 3D printer sales. Gross margins often reflect pricing power (or lack thereof), while 3D printer sales are central to both companies' business models in that they drive sales of the high-margin print materials.