Please ensure Javascript is enabled for purposes of website accessibility
Log In Help Join The Motley Fool
Free Article Join Over 1 Million Premium Members And Get More In-Depth Stock Guidance and Research
By Ashraf Eassa – Updated Apr 17, 2019 at 11:02AM

One has clearly been more successful than the other, but will that trend continue?

If you purchased shares of Verizon (VZ -1.73%) five years ago, then you've enjoyed modest capital appreciation and a respectable dividend that has grown over the years. While Verizon stock probably hasn't dramatically changed your fortunes, you've come away richer for the investment -- and you've probably been able to sleep easy at night holding the stock.

The same can't be said for Frontier Communications (FTR), which holds itself as a vendor of communications services "over its fiber-optic and copper networks, including video, high-speed internet, advanced voice, and Frontier Secure digital protection solutions."

Over the past five years, Frontier stock has shed about 97% of its value, meaning a $10,000 investment in the shares has been reduced to about $300. To add insult to injury, the company also stopped paying a dividend altogether.

Check out the latest Verizon and Frontier earnings call transcripts. 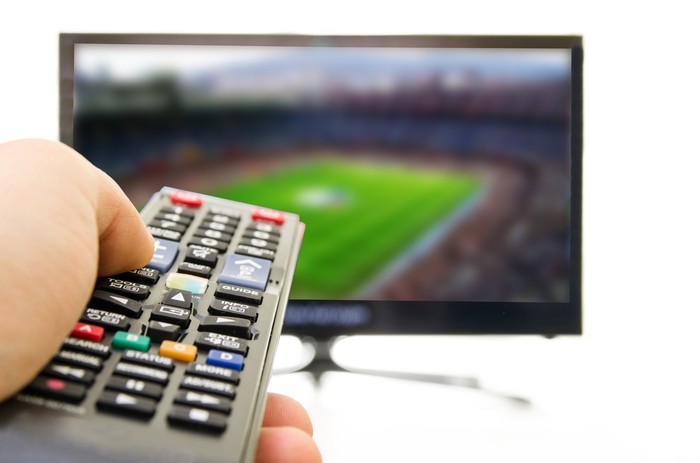 A success or a risk?

Verizon isn't anything close to a turnaround story -- it's a hugely successful telecommunications player with strong positions in both wireless networks as well as in wireline.

Verizon isn't promising investors significant growth (so don't expect the shares to generate large returns in a short period of time), but the business should continue to crank out massive amounts of cash to sustain its large dividend (the stock currently offers a dividend yield of 4.43%) for the foreseeable future.

Frontier Communications, on the other hand, doesn't offer that kind of safety at all. Last quarter, the company saw revenue drop nearly 5.6% year over year, and it reported a net loss on a non-GAAP basis (which excludes, among other things, a $400 million goodwill impairment) of $7 million, or $0.07 per share.

Debt in itself isn't necessarily a bad thing as long as the company holding that debt generates tons of free cash flow. Verizon has about $106 billion in long-term debt. A lot of debt can be lethal when a company's ability to generate enough free cash flow to consistently service the debt is in question.

Frontier did say in its most recent earnings release that it expects its 2018 operating free cash flow to be "approximately $625 million," but that's cold comfort when the company's 2018 guidance calls for $1.5 billion worth of interest expense for the year.

The point is this: Frontier Communications' shaky business fundamentals coupled with its massive debt load make it an extremely risky stock to own.