The small-business lender delivered solid growth in key fundamentals, but...

Specialist small-business lender On Deck Capital (ONDK) didn't enjoy a graceful exit from its fiscal 2018. Tuesday morning, the company posted its Q4 and full-year results, and much of the report was rather impressive. Yet shareholders gave the company the thumbs-down, sending its share price south in the wake of the earnings announcement.

What's happening with On Deck that is making these folks jump ship? I can think of one important factor in particular. 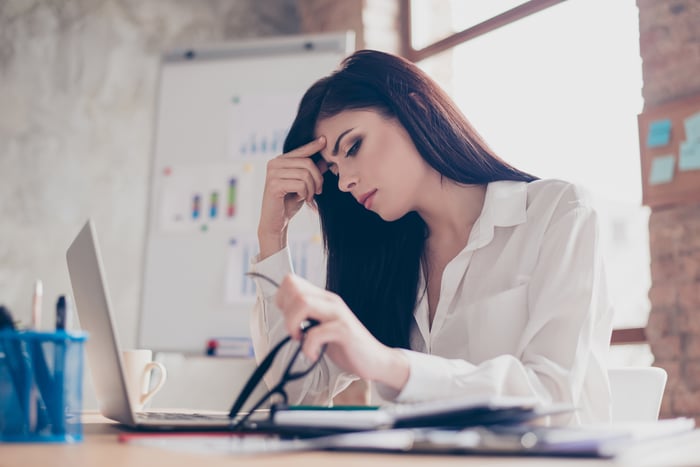 The reason surely isn't in the headline numbers, which were quite handsome.

Both the top and bottom lines beat the average analyst estimates, although those beats weren't as powerful as in recent quarters.

What I believe pushed the company's stock price down was On Deck's admission that those recent loan growth numbers might thin out in the near future. In the conference call discussing the results, the company said that it was expecting low double-digit loan growth for 2019. That's quite some distance down from 23%. In On Deck's conference call discussing the results, CEO Noah Breslow said:

"The economy continues to grow, and small businesses continue to see capital. However, small-business optimism has come off its peak and economists are calling for slightly slower growth in 2019. On the competitive side, small-business lending continues to attract capital."

Check out the latest On Deck earnings call transcript.

As a company in the business of lending money, On Deck is heavily dependent on the macroeconomic environment. Investor sentiment about economic development is key to how the stocks of lenders trade. On Deck, with its focus on the small businesses that are more vulnerable than big borrowers to an economic slowdown, has higher exposure in this regard.

The 12 analysts tracked by Yahoo! Finance are clearly not too spooked by the macroeconomy; they're anticipating improvements in fundamentals. That said, they are projecting only a slight rise in adjusted EPS for full-year 2019, at $0.60, from 2018's $0.58. They expect higher growth in revenue, at 13%.

One thing I like about On Deck is that it's not trying to conquer the small-business borrowing space entirely by proprietary lending.

In 2015, it forged a partnership with one of the "big four" nationwide banks, JPMorgan Chase (JPM -1.56%). On Deck's small-business loan software platform is being used by JPMorgan Chase to service some of the big bank's clients in that demographic. On Deck struck a similar deal with regional lender PNC Financial Services (PNC -0.87%) last October.

At the end of last year, On Deck formed a dedicated subsidiary called ODX to develop more partnerships like the JPMorgan Chase and PNC arrangements. Investors should keep an eye on how the unit performs.

In spite of these positives, On Deck wouldn't be a buy for me even at the current weakened price. I think the company is still rather one-dimensional, and that dimension -- small-business lending -- can really take a hit from storms in the broader economy. And while the JPMorgan Chase/PNC tie-ups and the creation of ODX are encouraging, this facet of the company's business is still at a relatively early stage.

Regardless, the Q4 and 2018 results in and of themselves were encouraging. Investors should always be cheered by the kinds of improvements On Deck delivered.