Stocks rose on hopes for a trade deal, a border agreement, and moderate inflation.

Tuesday's optimism over a China trade deal and possibly avoiding a government shutdown carried over to stocks on Wednesday. The Dow Jones Industrial Average (^DJI 0.78%) and the S&P 500 (^GSPC 1.29%) were also helped by moderate inflation data in the Consumer Price Index. 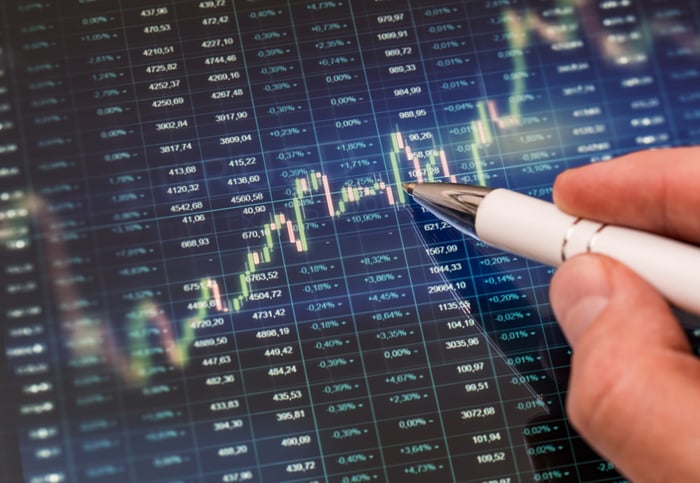 Shares of Activision Blizzard have fallen in recent months in the wake of competitive pressure from the likes of Fortnite, but they held up well today, gaining 7% after the company reported fourth-quarter results that beat guidance. Revenue grew 16.5% to $2.38 billion and non-GAAP earnings per share soared 84% to $0.90. Three months ago, the company said to expect earnings of $0.64 on revenue of $2.24 billion.

The company's monthly active users (MAUs) increased 3.2% to 11 million in the quarter, with audience gains in the Activision and King segments offsetting a loss of 2 million MAUs of Blizzard. Despite the decline in users in the quarter, Blizzard still posted 15% growth in revenue year over year and 51% growth in operating income.

Activision Blizzard's outlook for 2019 was lighter than expected, with the company saying it will not improve in-game monetization as quickly as it would like, and it has less new content to release than it should. The forecast was accompanied by news that it will lay off 8% of its workforce while increasing developers on its most successful games by 20%.

Don't expect much profit from Twilio as it invests in expansion

Communications software seller Twilio beat expectations for fourth-quarter revenue growth by a mile but guided to low profits in the near future, and shares fell 7.3%. Revenue of $204.3 million was up 77% from Q4 last year and 21% from last quarter, beating expectations of $185 million. Non-GAAP earnings per share came in at $0.04, about what Wall Street had forecast.

Twilio added 3,133 new active customer accounts in the quarter for a total of 64,286, a 31% increase year over year. The dollar-based net expansion rate, Twilio's metric to measure year-over-year spending by active accounts, was 147%, up from 145% last quarter.

Twilio said there were one-time factors driving up Q4 numbers, including the midterm election and unusual spending by a large customer. That fact and guidance for lower EPS in 2019 as the company invests in top-line growth may have disappointed some investors, but the share price move is but a tiny blip compared with the stock's massive gains in recent months.