Shares of Twilio (TWLO 1.75%) soared 278.4% in 2018, according to data from S&P Global Market Intelligence. The internet communications company delivered a string of impressive earnings reports to power one of the year's most impressive stock performances. 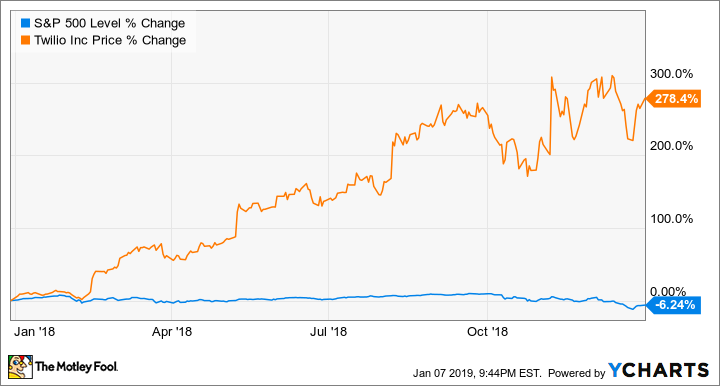 Strong demand for the company's internet-based telephone and messaging services and evidence that the company is moving toward consistent profitability have made Twilio one of the tech sector's top performers over the past several years. The stock trades up roughly 550% from its $15 IPO price in 2016.

Twilio's trailing revenue has climbed by more than 230% since the company went public, and it appears the business is on track to continue delivering strong growth. The company's third quarter saw sales increase 68% year over year as user spending has increased and new customers have signed up for its services. The business ended the quarter ended in September with roughly 61,000 customers, up 32% year over year, and there's still a huge addressable market for it to tap into.

Twilio stock's impressive run has continued in 2019, with shares continuing to climb amid momentum for the broader market. The company's share price is up roughly 9.5% in January's trading so far. 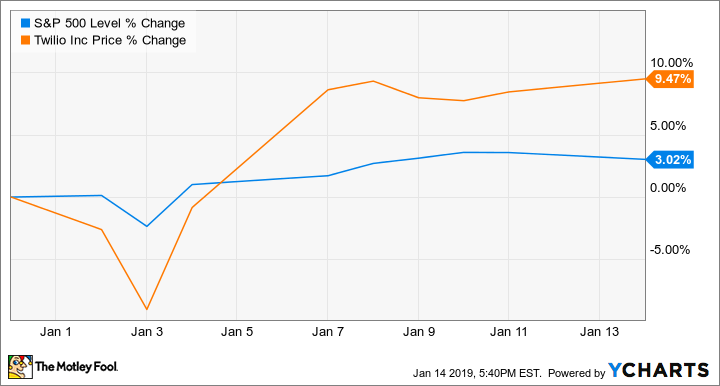 Twilio is expected to report fourth-quarter earnings after the market closes on Feb. 12. Management is guiding for sales in the quarter ended in December to come in between $183 million and $185 million, representing roughly 60% growth year over year at the midpoint, and for non-GAAP earnings per share to be between $0.02 and $0.03, up from a loss of $0.03 per share in the prior-year period. Shares trade at roughly 11.6 times the year's expected sales.