Please ensure Javascript is enabled for purposes of website accessibility
Log In Help Join The Motley Fool
Free Article Join Over 1 Million Premium Members And Get More In-Depth Stock Guidance and Research
By Dan Caplinger – Updated Apr 21, 2019 at 12:13AM

The latest retail sales report gave market participants bad news on the U.S. economic front, with a 1.2% drop in December marking the worst showing in almost a decade. That came as a shock to investors, and some went so far as to question whether the report was accurate in the aftermath of the long government shutdown. Others fear that a consumer slowdown could foreshadow an economic recession, but at the individual-company level, reports from Tempur Sealy International (TPX 4.97%) and Fossil Group (FOSL 1.17%) show how different parts of the retail world are seeing different conditions. 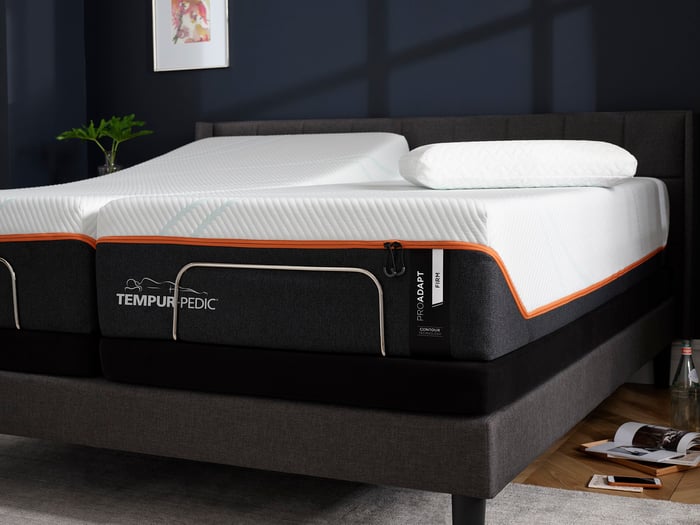 Shares of Tempur Sealy International were up 6% after the mattress specialist reported its fourth-quarter financial results. The company said that revenue was higher by 7% in the period compared to the year-earlier quarter, with sales volume of its Tempur-Pedic brand mattresses climbing 36% in North America. Adjusted earnings also inched higher, and the company cited extremely good results in its home market in both its wholesale and direct sales channels.

Also helping to bolster sentiment about Tempur Sealy was news that the company has settled all litigation with privately held mattress competitor Mattress Firm. Under the deal, all outstanding issues have been resolved in exchange for releases of existing legal claims, and the two parties will keep some of their obligations under prior commercial agreements. The settlement ends considerable uncertainty for Tempur Sealy, and with the company now projecting a rebound in earnings in 2019 after seeing full-year 2018 results sink slightly, investors seem more comfortable with the direction that Tempur Sealy is going.

On the other hand, Fossil Group saw its stock sink 14% following the release of its fourth-quarter financial report. The watchmaker reported a huge decline in revenue, with total net sales falling almost 15% on particular weakness in Europe. Fossil suffered double-digit percentage sales declines in all three of its major product categories, with jewelry and leathers taking the worst hits but the core watch segment also seeing a big drop in revenue.

Fossil has seen its business essentially get split in two. On one hand, the company's initiatives to try to build up its presence in the connected watch industry have shown some signs of success, with modest sales increases in the Asian market. But both connected and traditional watch sales took hits in the Americas and Europe, as promotional discounting and price-matching policies ate into profit. Global retail comparable sales fell 7% during the quarter, as retail stores in particular got hit hard.

Fossil sees further challenges ahead, with transformative efforts likely to take several years to play out completely. Unfortunately, that means that the business will likely remain weak throughout 2019, and Fossil gave guidance to expect sales to fall another 7% to 12% in the coming year and for pre-tax earnings to just barely break even over the period.

Retailers are seeing many of the same pressures, but different industries face specific challenges of their own. There will inevitably be winners and losers within the retail segment, but weakness in retail sales overall could signal more difficulties for the industry for the foreseeable future.