Please ensure Javascript is enabled for purposes of website accessibility
Log In Help Join The Motley Fool
Free Article Join Over 1 Million Premium Members And Get More In-Depth Stock Guidance and Research
By Keith Speights – Updated Apr 16, 2019 at 11:16AM

Great dividends. Solid business models. And Warren Buffett likes them. What more could you ask for?

Warren Buffett continues to hold off on initiating a dividend program for Berkshire Hathaway (BRK.A 2.29%) (BRK.B 2.38%). But there's no question that the legendary investor likes dividends. He even noted in his letter to shareholders last year that Berkshire made a whopping $3.7 billion in dividends in 2017.

Not all of Buffett's stocks pay dividends, but many of them do. What are the top dividend stocks in Buffett's portfolio for investors to consider buying in February? Here's why Apple (AAPL -1.26%), Johnson & Johnson (JNJ 0.86%), and Store Capital (STOR 2.17%) look like great picks. 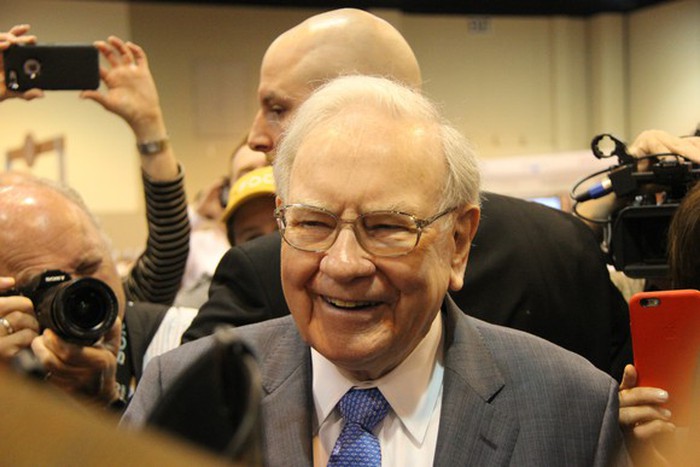 Warren Buffett hasn't always been a fan of technology stocks. But he's bitten into Apple in a major way. It's now the largest holding in Berkshire Hathaway's investment portfolio.

Apple pays a dividend that currently yields 1.72%. The company's dividend payout has nearly doubled since 2012. Apple shouldn't have any problems at all keeping the dividends flowing. Its payout ratio is super low at 23%, and the company has a cash stockpile of more than $86 billion.

Some investors have soured on Apple lately, but not Buffett. The Oracle of Omaha doesn't seem to be too concerned about the company's headwinds in China and slower adoption for its newest iPhones, factors that caused Apple to slash its fourth-quarter revenue guidance in January. Buffett continues to believe in the long-term value of Apple's ecosystem.

Buffett and Berkshire have owned Johnson & Johnson for a long time. However, he sold most of Berkshire's stake in the healthcare giant in 2012. Since mid-2012, J&J has delivered a total return of nearly 140%.

A key part of Johnson & Johnson's attraction is its dividend. The company has paid a dividend every quarter for 56 consecutive years. Its dividend currently yields 2.72%.

J&J faces some challenges. Its stock dropped more than 10% in one day in December after Reuters published a report alleging that J&J might have known for years that its baby powder and other talc products were contaminated by asbestos. The company's growth has also slowed considerably with top-selling drug Remicade battling biosimilar competition. But J&J's strong cash flow should enable the company to make acquisitions and deals to keep it a favorite for investors for a long time to come.

Berkshire Hathaway owns only one real estate investment trust (REIT) -- and it's Store Capital. The company focuses on real estate properties where tenants are under leases that require them to cover property taxes, building insurance, and maintenance.

As a REIT, Store Capital must distribute at least 90% of its taxable income to shareholders in the form of dividends. That's exactly what it's been doing for years, with its dividend now yielding over 4%.

Although many retailers are struggling with the growth in e-commerce, Store Capital's tenants are doing pretty well overall. That's because the REIT's customer base includes many businesses that aren't as susceptible to internet competition, including restaurants, movie theaters, and health clubs. Store Capital continues to grow its bottom line and its dividend -- exactly what Buffett likes to see with a stock.

If you're primarily looking for income, Store Capital is the best choice among these three Warren Buffett dividend stocks. It has the highest dividend yield now and likely will for a long time to come.

However, I think that Apple is the best overall pick. The company's services are growing nicely. As high-speed 5G networks become more widespread, Apple's sales of new iPhones should receive a big boost. And the company's initiatives in augmented reality, self-driving cars, and video streaming could provide substantial new revenue sources in the future.

It's no wonder Buffett has made Apple the No. 1 holding in Berkshire's portfolio.