This $13 billion bank is located in many of the same markets as BB&T and SunTrust.

When BB&T (TFC 1.53%) and SunTrust Banks (STI) merge later this year, they'll do everything they can to retain their best customers and employees. But not everyone will stick around.

Banking customers are creatures of habit, using the same bank for years on end until they have good reason to move. When branches close and lending teams shrink, customers may find the changes reason enough to look elsewhere. One bank in particular, United Community Banks (UCBI 3.55%), is positioned to capitalize and pick up new customers and talent alike. 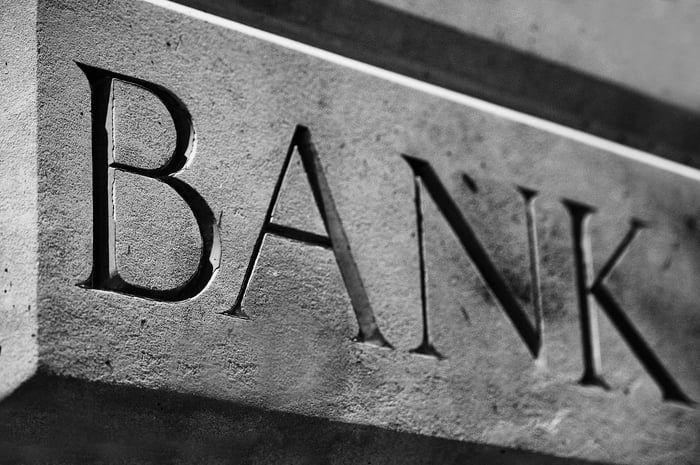 This bank's seemingly nondescript name is rather apt. United Community Banks is itself no stranger to mergers and acquisitions, building up its business by acquiring smaller community institutions in the American South. Just last week it announced the acquisition of yet another small bank, First Madison, which operates out of Athens, Georgia.

Though it may be small fry compared to BB&T and SunTrust, which have $442 billion in assets combined, dwarfing the $12.6 billion in assets of United Community Banks, the company can hold its own in small-business lending.

A recent presentation notes that it has a self-imposed "relationship limit" of $35 million, large enough to serve commercial and business banking customers that may fall through the cracks when BB&T and SunTrust combine later in 2019. Though United Community Banks has an impressive mix of deposits for a smaller institution (roughly 32% of deposits are non-interest-bearing, an artifact of its commercial focus), it relies on certificates of deposit and brokered CDs for about 20% of its deposit base. Costlier borrowings and FHLB advances add up to about 4% of its average total liabilities. The chart below shows the makeup of United Community Banks' liabilities, including nondeposit liabilities. 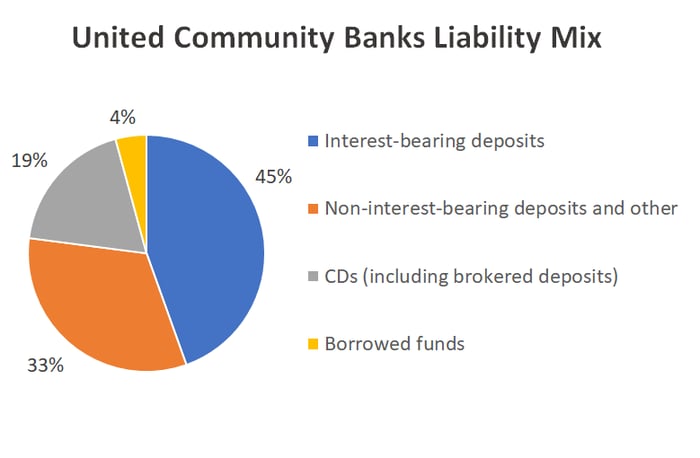 Picking off the cash-rich depositors of BB&T and SunTrust could be a boon, helping the bank reduce its overall funding costs, even if the bank doesn't take a dime in loan volume from either institution, though deposits are often a byproduct of lending relationships.

Even a perfectly executed merger or acquisition will result in some customer attrition. Already, BB&T and SunTrust have identified roughly $1.4 billion of deposits they're ready to give up by selling the branches that hold them. In addition, one would expect at least a single-digit percentage of customers to leave either institution in the months leading up to and following the combination.

With $301 billion of loans and $324 billion of deposits between them, stealing even a fractional percentage point of the super-regional banks' loans or deposits could make the year of a smaller bank looking to grow its balance sheet.

United Community Banks is too small to take the largest customers when BB&T and SunTrust merge, but that leaves plenty of smaller customers to win over. At its investor day last year, BB&T said it had about 57,500 households who have a small business with annual revenue of $1 million to $5 million, customers who could easily find a place on the balance sheet of a smaller regional bank like United Community Banks.