One of those rivals was Ubiquiti Networks (NYSE:UI), a networking equipment company that sells long-distance Wi-Fi products for service providers and enterprise customers. In 2016, Ubiquiti followed Eero into the mesh home router network with its AmpliFi wireless system, which includes a sleek box linked to mesh point antennas plugged into wall sockets. 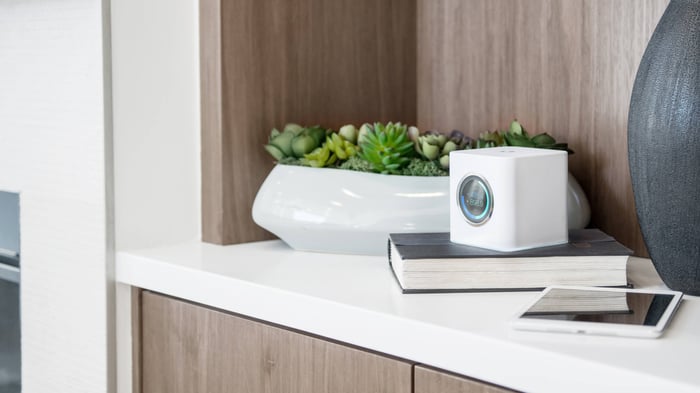 AmpliFi got off to a rocky start with a last-minute redesign and high shipping costs in 2017. But it subsequently became a key component of Ubiquiti's Enterprise Technology unit, which also sells its UniFi and MFi hardware devices to enterprise customers. Could Amazon's takeover of Eero boot AmpliFi and other mesh home routers out of the market?

What AmpliFi means to Ubiquiti

The AmpliFi mesh home routers represent Ubiquiti's first step into the consumer-facing market. In theory, that move would reduce its exposure to cyclical slowdowns in the enterprise and service provider markets.

Ubiquiti doesn't disclose its AmpliFi revenue separately; its sales are included in the company's Enterprise Technology revenue, which rose 48% annually and accounted for 63% of its top line last quarter, up from 52% a year earlier. The rest of its revenue came from the Service Provider Technology business.

Ubiquiti only occasionally discusses the sales of its AmpliFi products on its conference calls. During last year's second quarter conference call in February, CEO Robert Pera stated that Amplifi performed "extremely well" as "a profitable business."

But in the third quarter, Pera stated that Amplifi was "doing OK" but "could be a lot better." Pera declared that the business was still generating "tens of millions of dollars of revenue rate" but didn't provide any exact numbers. Pera didn't offer any other notable updates over the following two quarters.

This makes it tough to gauge AmpliFi's importance to Ubiquiti, but the growing weight of the Enterprise Technology business since AmpliFi's launch suggests that it generated a significant percentage of the unit's revenue last quarter. Therefore competition from other mesh home router makers won't derail Ubiquiti's entire business, but it could cripple its ability to meaningfully expand into the consumer-facing smart home market. 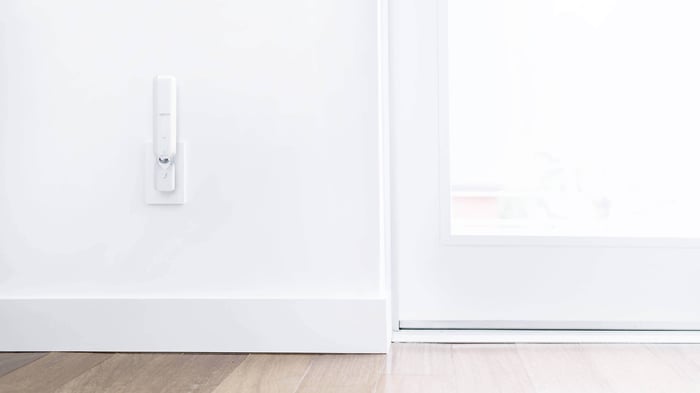 How Amazon could dominate smart homes

Over the past four years, Amazon established a foothold in homes with its Echo devices, Alexa-powered appliances, Dash buttons, Fire TV set-top boxes, and Kindle devices. It then acquired Ring, a maker of smart doorbells and cameras, and Blink, which produces low-power cameras, to complement its own lineup of Cloud Cams. Amazon also sold smart locks for its Amazon Key program, which let couriers open front doors or garages to deliver packages.

Amazon clearly wants to make the online shopping process seamless for its shoppers, especially those tethered to its Prime ecosystem. Since this master plan relies on connecting an increasing number of devices to a shopper's home network, buying a leading mesh home router that provides uninterrupted wireless connections was a logical next step.

Amazon will let Eero continue operating as a separate brand, but there's a strong possibility that it will eventually bundle its routers with its other connected devices. This could cause serious headaches for Ubiquiti and other smaller companies trying to claim a sliver of that market, since Amazon topped 100 million Prime members in the US last year and remains the market leader in smart speakers.

Amazon's acquisition of Eero could hurt Ubiquiti's AmpliFi business, but investors shouldn't sell the stock based on that single headwind. After all, analysts still expect Ubiquiti's revenue and earnings to rise 17% and 29%, respectively, this year. The stock rallied more than 80% over the past 12 months as it shook off some accusations by short seller Citron Research, and it still looks reasonably priced at 25 times forward earnings.

For now, investors should keep an eye out for updates about AmpliFi or an unexpected drop in its Enterprise Technology revenues. But investors shouldn't fret too much about competition in the mesh home router market, which remains much smaller than the market for traditional routers.