If you're in the market for technology stocks, these are the ones worth your attention right now.

Tech stocks have been volatile over the past few months, but that doesn't mean there aren't good companies that are great buys right now. They might not be the cheapest stocks out there, or the least volatile, but they have massive potential to benefit from their respective markets. 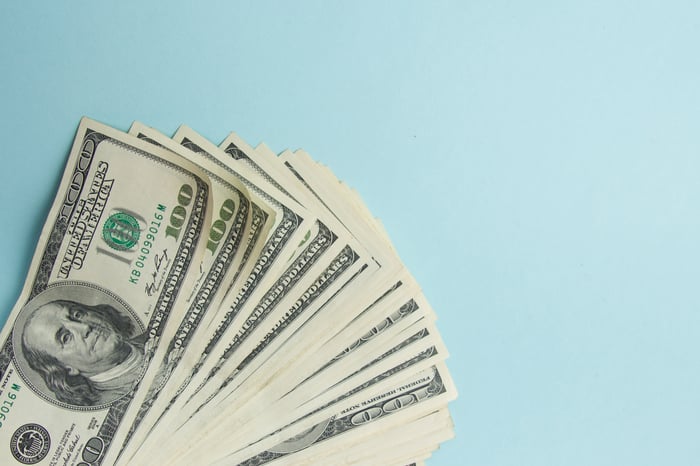 Anders Bylund (Unisys): This inveterate provider of IT consulting and outsourcing services seems to be swimming upstream these days, but the company and its stock are sure to bounce back before long.

Unisys shares have seen their prices fall 30% lower in the last three months, resulting in rock-bottom valuation ratios. The stock is trading at just 7 times forward earnings and 6.7 times trailing free cash flows, far below the norm in an industry that's already packed with strong deep-discount investments. For example, IBM (IBM -0.33%) shares can be bought at 9.4 times forward earnings, and DXC Technology (DXC -1.97%) trades at 8.5 times its free cash flows. These are great value stocks, but Unisys is trading even lower.

Now, low share prices aren't a guarantee of huge future returns. The company must also show strong results in order to turn that uncut diamond into fine jewelry. As it turns out, the bargain-bin discount prices on Unisys shares are based mostly on worries about the company's pension plan obligations.

It's true that pension plan expenses hang over Unisys like a dark and expensive cloud, but the company is doing something about it. They renegotiate the pension terms every so often, and the results of these negotiations have been impressive in recent years. Unisys reduced its 10-year pension obligations by $390 million at the end of 2017 and by another $125 million in 2018. Moreover, the company is going through the peak cash impact of its pension obligations right about now -- and Unisys appreciates the trend toward rising interest rates because that works out to a positive effect on these pension expenses.

I would argue that this is the perfect time to pick up Unisys shares at a discount while market makers wrestle with the deepest, darkest depths of the company's pension plan worries. Things are looking up for the long term, and it's not as if IT consulting services are going out of style.

Alphabet is as strong as ever

Steve Symington (Alphabet): Alphabet posted strong fourth-quarter results earlier this month, with revenue soaring 21.5% year over year to $32.2 billion, and earnings climbing 32% to a whopping $8.9 billion, or $12.77 per share. While the latter figure was boosted by a $1.3 billion unrealized gain related to the activities of Alphabet's investment arms (included under its "other bets" segment), the parent company of Google still modestly beat Wall Street's projections to end 2018.

But shares pulled back in response as some balked at higher spending at Google -- even though management had previously warned that would be the case given higher sales and marketing during the holidays, as well as lofty content acquisition expenses to drive sustained growth at YouTube.

The most important thing for investors to remember, however, is that Alphabet's core advertising business is as healthy as ever, driving nearly 20% sales growth to comprise the vast majority of Alphabet's revenue and virtually all of its operating income. Even then, Google's non-ad sales jumped more than 31% to $6.5 billion, thanks to its cloud, hardware, and Google Play store offerings. And the strength of Google's massively profitable operations more than pays for the comparatively modest operating losses generated by its "other bets" segment, comprised of early-stage, high-potential initiatives like Waymo's self-driving vehicles, Verily's life sciences innovations, Fiber's high-speed internet, and a number of other so-called "moonshot" projects incubating at the "X" research lab.

What's more, Alphabet CFO Ruth Porat told investors to expect their operating expenses to "moderate quite significantly" in 2019, leaving room for the true earnings potential of the company to shine much more clearly in the coming quarters. For investors willing to buy now and watch Alphabet extend its tech-industry dominance, I think the stock is a compelling buy candidate today.

Chris Neiger (Square): Physical cash and credit cards have dominated financial transactions for years, but they're both an antiquated way of exchanging money. That's why Square's business is so exciting. The company offers businesses traditional point-of-sale terminals, but also offers contactless payments through its mobile payment app and its Square Cash app. Why does that matter? Because the global contactless payment market will grow from an $8.7 billion market in 2017 to $27.2 billion by 2023.

Square's already benefiting from the payment industry by charging fees every time someone buys something through its terminals or through its app. That's the company's foundational business, but Square is building other opportunities as well. Its Square Cash app, which allows people to easily send each other money, has become a serious rival to PayPal's Venmo app. As more smartphone users look to their devices to exchange money, Square Cash is likely to benefit.

Square's sales popped 51% in the third quarter of 2018 (it reports its fourth-quarter results at the end of this month) and reported its first-ever quarter of profitability. The company's strong performance over the past few years has led investors to push up Square's share price more than 600%. That's impressive, but Square isn't finished growing. The company has applied for a license to lend money directly to customers, and once that gets approved, Square will essentially be able to offer similar services to banks, and reap the rewards.

Square is still in growth mode, which means that investors should expect some volatility from the stock. But the company is doing a fantastic job expanding its reach in mobile transactions and building out its lending business. As these opportunities continue to take shape, you can expect Square's business to benefit. Peer-to-peer payments, mobile payments, and the banking industry are being changed by tech -- and Square's leading the charge.