The Mac maker is reportedly making a credit card that integrates with your iPhone.

It's been nearly a year since the first rumors that Apple (AAPL -0.80%) was working on a credit card emerged. The Mac maker has long partnered with Barclays for its co-branded credit card, which offers additional financing options for customers. Meanwhile, Apple Pay continues to grow, more than doubling transaction volumes in the fourth quarter to over 1.8 billion as merchant adoption marches steadily higher, according to CEO Tim Cook on the recent earnings conference call.

Here's the latest news about what type of credit card Apple might have up its sleeve. 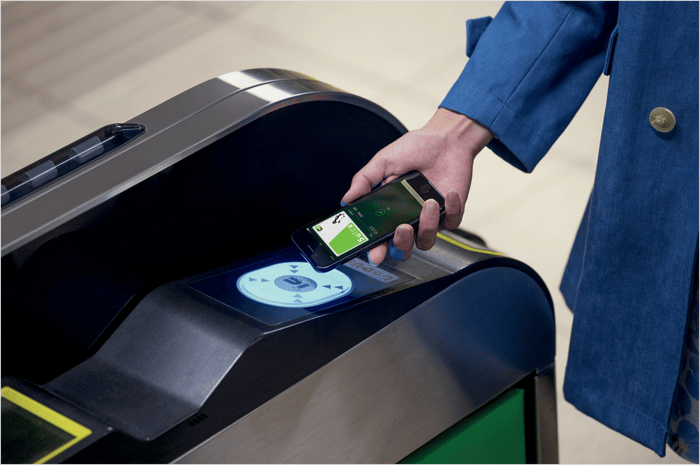 A credit card that integrates with your iPhone

The Wall Street Journal (subscription required) reports that Apple is preparing to introduce the card internally this spring, allowing employees to test out the card ahead of a broader launch later this year. In line with the previous rumor, the company is partnering with Goldman Sachs (GS -2.38%), which has been expanding its consumer offerings in recent years. For example, the prominent investment bank launched consumer lending division Marcus, named after one of its founders, in late 2016.

The card is expected to feature deep integrations with iPhones, tying into the Apple Wallet app in order to better manage users' finances and track rewards and loyalty programs. Much like how Apple is aggressively trying to help users manage their health and fitness with Apple Watch and the Activity app, the company is reportedly interesting in helping them manage their financial health with features intended to help monitor spending and ways to nudge them to pay down their balances.

However, Apple seems averse to a comprehensive approach to managing finances, and doesn't want to access users' bank account information, according to the report. Personal finance platforms like Intuit's Mint and privately held Personal Capital (which was founded by former Intuit CEO Bill Harris), among others, do precisely that by aggregating all of a user's financial accounts, not just credit cards. There is also a plethora of third-party apps in the App Store designed to help manage and monitor finances.

The card is expected to use Mastercard's network and give-cash back rewards of 2%. Cardholders may even be able to earn higher rewards for Apple purchases, although the company isn't looking to compete in the premium credit card space, where some cards offer extravagant rewards programs.

Apple gets a cut of all Apple Pay transactions, in part because it created secure payment authentication protocols in Touch ID and Face ID that have helped combat fraud. When Apple Pay first launched years ago, this cut was reportedly 0.15%. That was an unprecedented deal at the time, but it's unclear whether or not the rate has changed. By launching a physical card, the tech titan would be entitled to a larger cut of fees, according to the report, helping to boost the services business that the company has been focusing so much on over the past two years.

Apple has never shared financial metrics for its payment service, and the performance would hinge on dollar volumes (instead of transaction volumes). Still, it's safe to say that Apple Pay is an extremely small part of the overall services business, but every little bit helps in the company's progress toward its goal of $50 billion in services revenue in 2020.