Please ensure Javascript is enabled for purposes of website accessibility
Log In Help Join The Motley Fool
Free Article Join Over 1 Million Premium Members And Get More In-Depth Stock Guidance and Research
By Steve Symington – Updated Apr 22, 2019 at 10:40AM

The craft-brewing leader ended 2019 on a high note and announced plans for several new health-centric brands.

Shares of Boston Beer (SAM 1.63%) were up 13.6% as of 3:15 p.m. EST Thursday after the craft brewer announced strong fourth-quarter results and modestly increased its 2019 outlook. Regarding the former, Boston Beer's quarterly revenue increased 9.2% year over year, to $225.2 million, translating to earnings of $21.8 million, or $1.86 per share.

Boston Beer doesn't provide specific quarterly guidance. So for perspective, and while we don't pay close attention to Wall Street's demands, the company's top and bottom lines easily outpaced expectations for earnings of $1.72 per share on revenue of $223 million. 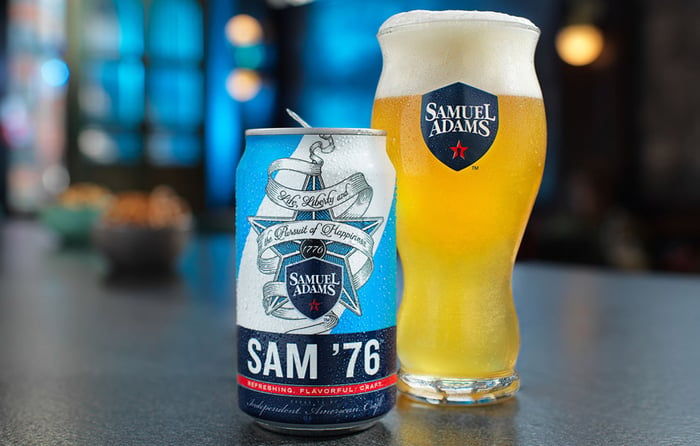 Boston Beer's revenue growth was driven by a 6.3% increase in shipment volume, to 958,000 barrels, and an 11% increase in depletions -- a metric that measures how fast Boston Beer's products travel from warehouses to consumer outlets. Boston Beer CEO Dave Burwick credited their depletions growth to the Truly Hard Seltzer, Twisted Tea, and Angry Orchard brands. The collective strength of these brands was only partially offset by continued declines from the company's Samuel Adams brand.

Meanwhile, company chairman and founder Jim Koch cautioned that Boston Beer is "still seeing challenges across the industry, including a general softening of the craft beer category."

At the same time, Boston Beer will combat that softness with the launch of three new health-centric brands, including a 26.2 Brew made with sea salt targeted toward runners, a low-calorie and low-sugar Wild Leaf Hard Tea, and its Tura Alcoholic Kombucha with live probiotics and real fruit. The company will also continue its cost-savings and efficiency initiatives in an effort to further improve operations.

Finally, for 2019, Boston Beer expects adjusted earnings per share of between $8.00 and $9.00, up from $7.82 per share in 2018 and (at the midpoint) roughly in line with Wall Street's models. Boston Beer elaborated that this range assumes growth of depletions and shipments of between 8% and 13% (in line with previous preliminary guidance for high-single-digit to low-double-digit growth), national price increases of between 1% and 3% (compared to between flat and up 3% previously), and gross margin between 51% and 53%.

In short, Boston Beer just served up as strong a quarter as any shareholder could have hoped for, followed by solid forward guidance and plans for multiple new brands to capitalize on the industry's latest trends. With shares trading 23% below their 52-week high heading into this report, Boston Beer stock is responding in kind.