One of Macquarie's biggest businesses is simply holding oil in tanks until someone has a need for it -- but RBC says that business isn't going great. 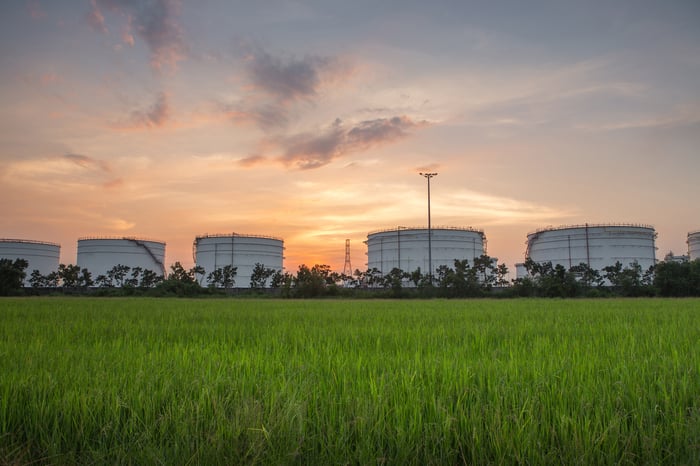 One of Macquarie's biggest businesses is simply holding oil in tanks until someone has a need for it. Image source: Getty Images.

It gets worse. Although Macquarie would probably prefer investors to focus on its pro forma results, the fact remains that when calculated according to GAAP accounting standards, Macquarie actually lost $3.8 million last quarter -- about $0.01 per share, versus the $4.19 per share profit that it earned in Q4 2017. And even the company's net income from continuing operations declined 85% year over year in the absence of the tailwind provided by last year's tax reform in the U.S., which boosted Q4 2017 profits.

Investors aren't responding well to that news. However, I note that in 2018, Macquarie's free cash flow was only $342 million, as calculated by S&P Global Market Intelligence. Should Macquarie succeed in generating between $400 million and $445 million in cash profit this year, at the midpoint, that would work out to better than 23.5% FCF growth.

That's a very respectable growth rate if you ask me. With Macquarie stock only costing about 10 times FCF after today's sell-off, it could be that Macquarie investors are selling their shares too soon.

Why Macquarie Infrastructure Stock Rallied 11% at the Open Today