Vista Outdoor (NYSE:VSTO) still wants out of the firearms business and says it's made great progress towards selling Savage Arms, the maker of affordable rifles and shotguns. The irony is that firearms is the only business it has that's seeing any growth.

The gun industry has entered the third year of the slump that began when President Trump was elected, which helped nudge Vista into moving to sell off the gunmaker, but this may still be a decision it comes to regret. 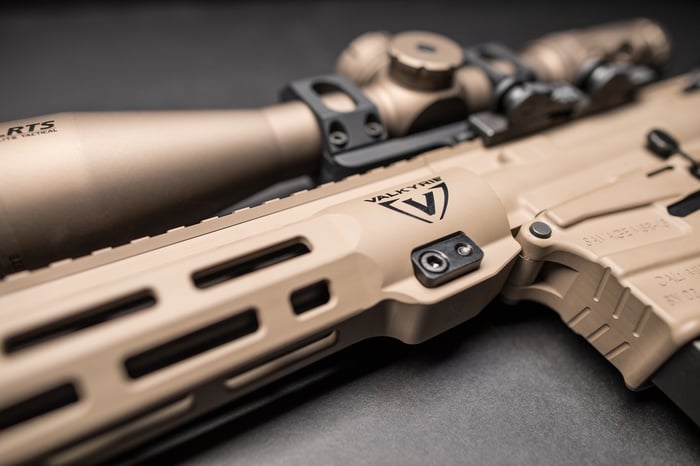 Firearms sales on the rise

Vista Outdoor was created when Alliant Techsystems split in two in 2014, with Vista getting the ammo operations and Orbital ATK getting the aerospace and defense operations. Law enforcement and military sales still represent some 10% of Vista's revenues.

When all of its divestments are completed, Vista will have a much narrower focus, concentrating primarily on its ammunition business, which is its largest segment, generating 41% of total revenues, but also selling outdoor gear like hydration products from Camelbak; Camp Chef grills; and Bushnell binoculars, rifle scopes, and rangefinders.

In its fiscal 2019 third-quarter earnings report, however, Vista said firearms revenue was down almost 8% for the period, though year to date it is nearly 6% above where it was at the same time last year. Importantly, no other segment of its business has shown year-to-date revenue growth, and every other division had larger declines in the third quarter except action sports, which Vista has also largely sold off, and which recorded a 7% drop in sales.

Of course, the ammo market suffers from the same sort of ebb and flow as guns, and Vista's ammo sales are down 13% in 2018.

Closing in on the sale

CEO Christopher Metz told analysts on the earnings conference call the process for selling Savage was very competitive, and as the fiscal year winds down a sale of the business is "within our sights." He expects the sale to occur sometime in the fiscal fourth quarter.

While unloading the business during a downturn could have resulted in Vista receiving less than fair value for the business, the industry appears to be looking up again, which may have spurred more interest.

Adjusted data from the National Shooting Sports Foundation indicates FBI background checks on gun buyers rose over 3% in January, the first increase since March 2018 (the month after the Valentine's Day shooting at the Parkland school in Florida). This is only the second time in the last 20 months that such checks have risen year over year. 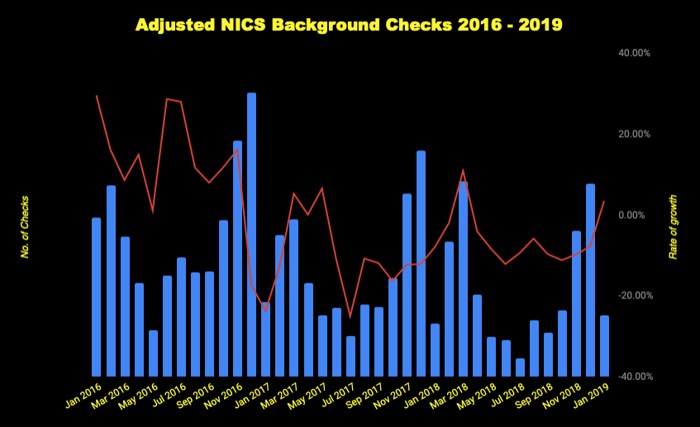 Although it's unknown who is looking to buy the division, industry peers like American Outdoor Brands and Sturm, Ruger are natural contenders, and some have suggested private equity even might be interested. However, PE firm Cerberus Capital Management was unable to sell Remington Outdoor to anyone for years before the rifle maker went bankrupt in 2018, so it would seem unlikely some hedge fund would now step forward to buy Savage Arms.

We should know soon enough who the buyer is, but considering Savage Arms sales are rising while the rest of Vista Outdoors business is in decline, it may be that Vista is shooting itself in the foot by going through with the sale.