General Electric's (NYSE:GE) recent fourth-quarter results were reasonably good, but the lack of guidance won't please all of its investors. In particular, the lack of color regarding the power segment creates uncertainty around its future direction. GE Power needs to recover in order to assuage concerns over earnings and cash flow should global growth turn down and impact GE Aviation's earnings in the future. Let's take a look at what to expect when GE finally gives guidance on its power segment -- something CEO Larry Culp promised he would do soon.

What the bulls were expecting from GE

Going into the earnings report, those of us with a positive view of GE in 2019 were hoping that the fourth quarter would mark a turning point for GE Power. After all, some of its issues, such as the blade turbine failure, could prove fixable in the near term. Meanwhile, some of the other issues could be remedied in the medium term -- such as the operational problems, downsizing capacity, and reshaping the way GE thinks about how it forecasts earnings and cash flow from its power services contracts. 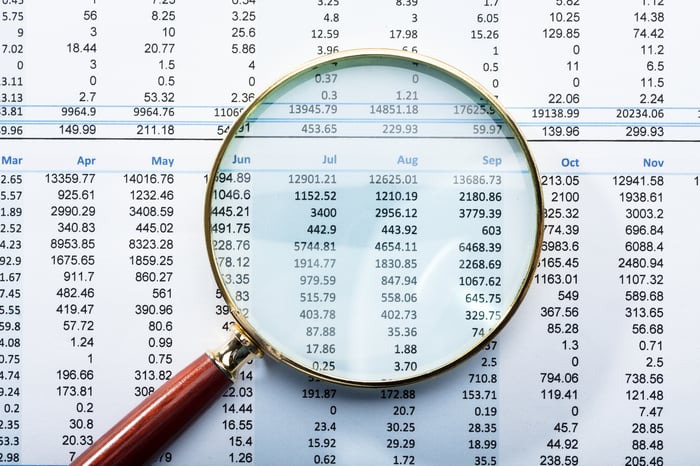 The hope was that GE's management would make every effort to stem losses at GE Power in order to reset expectations for future margins to grow off a low base.

Unfortunately, investors got the low base but not the guidance reset -- nor did they get much encouraging commentary that the power segment was firmly on the mend.

For example, after a loss of $631 million from GE Power in the third quarter, the segment reported an $872 million loss in the fourth quarter, taking the full-year segment loss to $808 million -- recall that GE started the year expecting around $2.45 billion in profit from the segment. Moreover, Culp and CFO Jamie Miller disclosed that the power segment had a $2.7 billion cash outflow in 2018.

Listening in on the earnings presentations, the lack of detail on the key questions didn't do much for the bullish case outlined above.

For example, when Barclays analyst Julian Mitchell asked about earnings at power with such things as charges and project execution overruns stripped out -- perhaps to try and work out what GE's underlying power-division earnings might be without the nonrecurring issues -- he wasn't given any specific details.

Goldman Sachs analyst Joe Ritchie asked if the $2.7 billion free cash flow outflow at GE Power in 2018 would improve or worsen in 2019 but, again, management declined to give specifics.

When Cowen's Gautam Khanna raised a key question about when pricing is expected to bottom in the transactional aftermarket and how pricing now compares to what it was a year ago, Russell Stokes, the former head of GE Power, highlighted the internal improvements management expected to make with its transactional services. GE Power's contract services were seen as performing well.

Moreover, former CEO John Flannery argued that GE Power could improve margin from 5.6% in 2017 to 10% in a few years, partly down to maximizing the value of its transactional services. However, improvement has been slow, with Miller outlining that she had seen the transactional services "margin rate up, in some cases, 10, 12, 15 [hundredths of a percentage point] on that order book." She added that "it's been consistently increasing throughout the year" but GE is "not yet seeing all of that drop through, primarily because of field execution issues and operational issues."

That's far from the one to two percentage points that Flannery laid out as a medium-term target for improvement in transactional services margin.

What Culp is doing about it

On a more positive note, Culp is taking decisive action to cut costs and restructure GE Power. Separating into two units (gas equipment and services in one unit, with the rest in another) will make it easier to sell/partner one of them and could improve transparency around performance.

What can investors expect from GE's guidance

Putting all this together, it seems likely that GE's near-term power-segment guidance isn't going to be pretty, but what about the medium term? Credit rating agency Fitch has said it might downgrade GE's rating if GE Power isn't on track to break even by 2020 with expectations or margin improvement to the mid-to-high single digits.

Investors should be pleased if Culp gives it that kind of guidance. After all, improving equipment margin will be tough in a declining end market, and we've already seen that transactional services margin expansion is difficult, so that basically leaves cost-cutting -- something that Flannery thought could add three to five percentage points of margin expansion in the medium term.

All told, the key is the guidance on GE Power margin and using the 5.6% figure in 2017 as a base, it's reasonable to expect Culp to guide toward a high single-digit figure by 2020. If he does so, then the stock's ascent in 2019 could get a second wind.