Sales fell short in the fourth quarter, and the wireless charging company is raising additional capital.

Shares of Energous ( WATT 5.37% ) have plummeted today, down by 25% as of 12:30 p.m. EST, after the company reported fourth-quarter earnings results. The wireless charging specialist also announced pricing of a direct offering.

Revenue in the fourth quarter was approximately $56,000, which translated into a net loss of $12.5 million, or $0.48 per share. Adjusted EBITDA was negative $8.3 million, and Energous finished the quarter with $20.1 million in cash and cash equivalents on the balance sheet. The company acknowledged that sales fell short due to delays at two major customers. 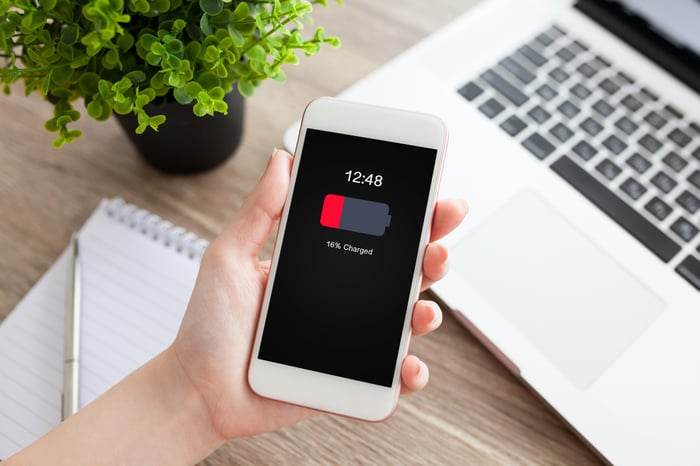 "The fourth quarter financial performance was under our expectations due to the delay in engineering services revenue and chip orders from two top tier consumer electronic companies, as a result of changes to their own internal schedules," CEO Stephen Rizzone said in a statement. "While such a scenario is not uncommon when introducing a completely new, game changing technology to some of the largest consumer electronic companies in the world, we continue to drive toward commercialization of WattUp."

The company also said it priced a $25 million direct offering, issuing 3.33 million shares at a price of $7.50 to certain institutional investors. Each share being sold to investors will come with a warrant to purchase another half share at an exercise price of $10 per share. The net proceeds to Energous from the offering are expected to be roughly $23.3 million.

Why Did Energous Stock Drop 8% Today?