Shares of Gray Television (NYSE:GTN), an owner and operator of television stations and leading digital properties in 91 television markets, traded more than 12% higher as of 12:09 p.m. EST Thursday morning after the company released fourth-quarter earnings results.

Starting from the top, Gray Television posted revenue of $328.2 million, a 40% increase compared to the prior year and the company's all-time best quarterly revenue result. Its broadcast cash flow was $172.8 million, a staggering 102% increase compared to the prior year and also an all-time best quarterly result. Adjusted earnings per share checked in at $1.06, easily topping analysts' estimates of $0.92 per share. The impressive top-line growth was driven by the election cycle, but also helped by higher retransmission consent rates. 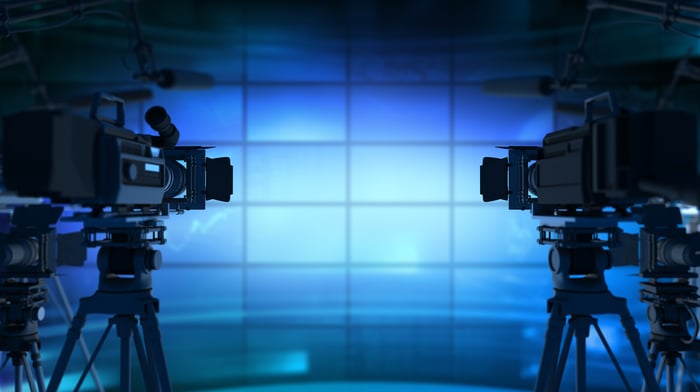 "We're thrilled to have someone with Greta's depth of experience join our team. Our stations and our viewers will benefit from Greta's no-nonsense, straightforward approach to complex political issues," said Hilton Howell Jr., Gray's chairman and CEO.

Now, with the Raycom Media merger completed, attention will move to the $80 million year-one synergies the company generated as it tries to step up Raycom subscribers to Gray Television's retransmission rates and eliminates duplicate services and costs.