Shares of born-again-from-bankruptcy Twinkie maker Hostess Brands (NASDAQ:TWNK) are looking hot out of the oven today, up 8.1% as of 1:10 p.m. EST after the company reported Q4 earnings that easily surpassed analyst estimates. 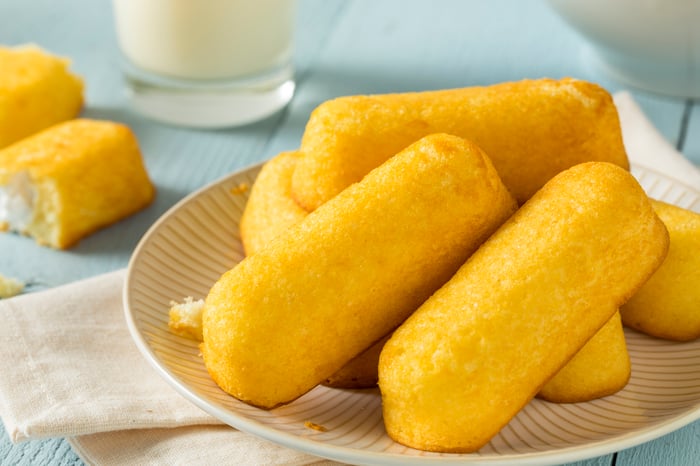 GAAP profits weren't quite as good as those pro forma numbers, of course. After benefiting mightily from tax reform last year, with $1.74 per share in GAAP profits, Hostess earnings plummeted 93% to land at just $0.12 per share in Q4. Still, as I said -- this was better than expected. And Hostess's sales growth of 9.5% was likewise more than Wall Street was looking for.

Hostess further noted that it gained market share in sweet baked goods, now at 17.4%. All in all, management called it a "solid finish to the year."

As for the new year, Hostess is guiding investors to expect "continued revenue growth well above the Sweet Baked Goods ("SBG") category in 2019," although management wouldn't put a number to the promise.

For what it's worth, Wall Street analysts think Hostess will finish up 2019 with sales of $876.4 million and earnings of $0.64 per share, presumably pro forma.