Fitbit (NYSE:FIT) only discloses its active user metrics on an annual basis, and the company reported fourth-quarter and full-year 2018 results this week. The wearables specialist's outlook failed to impress investors, sending shares lower. Fitbit remains in the midst of an ongoing turnaround, driven by its transition to smartwatches. 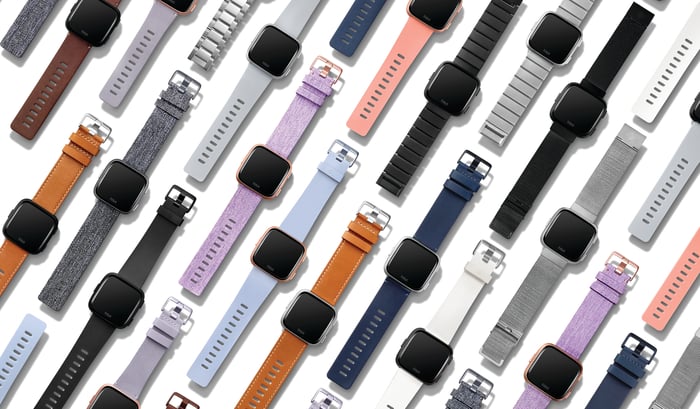 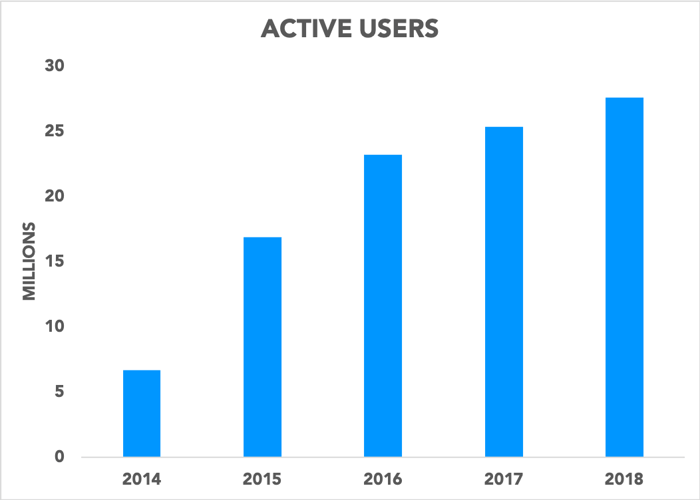 Here's the bad news: If 62% of device shipments in 2018 -- 8.6 million -- went to new customers but active users only increased by 2.2 million, that suggests many of those devices are not being used. High abandonment rates have long been a problem for Fitbit.

The Versa, Fitbit's mainstream smartwatch, has been instrumental in growing the user base, CEO James Park said on the earnings call. "A part of the strategy is growing our community of active users," Park added. "We are bringing new users onto the platform with new products and experiences, and we are successfully retaining our existing customers."

Click here for the latest earnings call transcript for Fitbit.

Beyond just device sales, Fitbit is now turning its attention to improving monetization of its growing active user base. The need to build a stronger subscription business has been apparent for quite some time now, but Fitbit still derives less than 1% of revenue from subscription-based services, and the Fitbit Coach subscriber base is tiny. I estimated in November that Fitbit Coach has at most 393,000 subscribers.

Park said that Fitbit is planning to launch "an enhanced paid premium service offering" in the back half of the year in an effort to "more effectively monetize our growing community of users." This would initially be a consumer-oriented service, as opposed to being part of the enterprise-oriented Fitbit Health Solutions segment that offers corporate wellness programs.

"If you project a reasonable in-industry competitive attach rate, that there's a pretty big revenue opportunity there, and we're pretty excited about it," Park said. After launching for consumers, the company would likely bring it to the enterprise side. "Our strategy around [Fitbit Health Solutions] with that offering is actually to take what we've developed on the consumer side and then sell it into enterprises with the appropriate level of administrative software and control," Park clarified. "So I think there's a dual opportunity."

When asked about the new service and how it will be differentiated from Fitbit Coach, Park replied:

Yeah, I think our existing premium offering Fitbit Coach is pretty narrow in how it's targeted. It's very focused around activity and more geared toward high-intensity activity, and so the offering that we're envisioning will be more mass appeal and cover a lot of different needs for consumers ranging from activity to one of our core strengths, which is sleep. So it will be more holistic and more broadly targeted, and therefore we feel it's a much bigger opportunity than the premium offering that you see today.