Please ensure Javascript is enabled for purposes of website accessibility
Free Article Join Over 1 Million Premium Members And Get More In-Depth Stock Guidance and Research
By Daniel B. Kline - Updated Apr 10, 2019 at 11:47AM

This company has a huge amount of growth ahead.

The Mouse House may not use the phrase, which serves as the driving mantra for Amazon, but that's how the company has been operating over the past few years. Disney has been investing in its future, spending money to go from being a mature brand coasting on past success to a technology-driven content company designed for the changing consumer marketplace.

That makes the company a perfect stock for a Roth IRA, in which taxes are paid on the money contributed but any gains can be harvested (at the appropriate age) tax-free. Disney hasn't been a major growth story over the past few years -- while the company makes money, it has been acting as if it's an emerging brand. 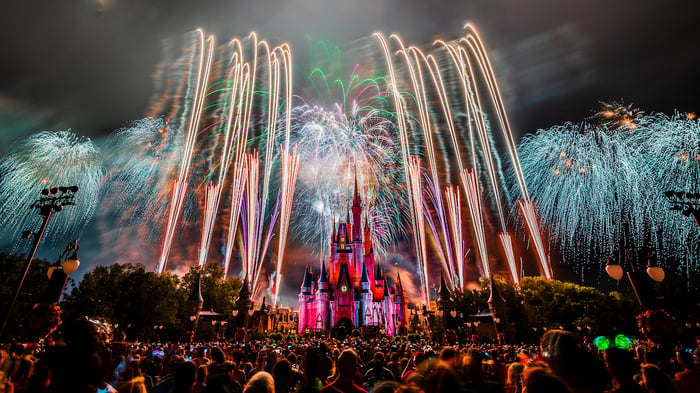 Since its 2006 purchase of Pixar, Disney has been investing heavily in intellectual property (IP). Its buying spree included picking up Star Wars and Marvel, which have given the company a box office lineup filled with near-certain hits. Disney also owns its own classic characters, recent animation hits like Frozen and franchises including Pirates of the Caribbean. Those characters will be joined by The Simpsons, Avatar, and countless others Disney is acquiring from FOX.

These purchases stabilized the company and smoothed out most of the risk companies in the movie and television business often face. On the surface, these deals look like smart plays to boost the company's box office slate. In reality, they were part of a broader gambit to build what you might call Walt Disney 2.0.

Disney isn't just a media company. It has moved into the distribution business, with plans to go further in that direction in the future. Basically, the company sees that the pay television market is changing. Cord cutting has shrunk the cable universe, but has not changed consumer's demand for content.

With its IP, Disney is well-positioned to be a player in the emerging streaming space. The company probably would have done reasonably well licensing its content to other companies for streaming distribution -- in fact, it may have been able to maintain profitability by doing just that -- but instead of sitting on the sidelines and letting others sell its content, the company purchased BAMTech, a company that powers streaming platforms. It has used that technology to launch ESPN+, a sort of extension of traditional ESPN that carries original content and big ticket boxing/MMA events. In the coming months, it will use BAMTech to offer Disney+, a streaming service filled with its content archive and new shows based on its incredible library of IP.

Why will this lead to a bigger Disney?

When Disney+ launches, the company will essentially offer something for every type of consumer. It will still own ABC, ESPN, and its family of cable networks, which will remain available through traditional pay-TV packages or via Disney's majority ownership of Hulu, which has on-demand and live-streaming options.

On top of that, it will have Disney+, a Netflix rival that will actually have the content depth to be real opposition. What parents of young children won't want the Disney library? Will Star Wars fans be able to pass on a service that's offering multiple shows set in that universe? Will Marvel fans not pay up to watch shows based on popular Avengers character Loki and the Scarlet Witch, starring the actors who played those characters on the big screen?

Disney is in a huge investment period as it tries to build an audience for ESPN+ by offering pay-per-view quality boxing and MMA on a service that costs $4.99 a month. It will be doing the same when Disney+ launches -- spending billions to create some of the shows mentioned above.

In a few years, however, it will be time to reap the benefits of those investments. Maybe it will take five years, maybe 10. But if you put Disney in your Roth IRA, it will eventually benefit from not just owning content, but owning its own distribution, along with all the other ways it leverages its content to make money.