Shareholders of energy drink giant Monster Beverage (NASDAQ:MNST) beat the market last month as their stock rose 12% compared to a 3% uptick in the S&P 500, according to data provided by S&P Global Market Intelligence.

The rally added to recent gains for the stock, which is up 19% over the past year compared to a 5% increase in the broader market. 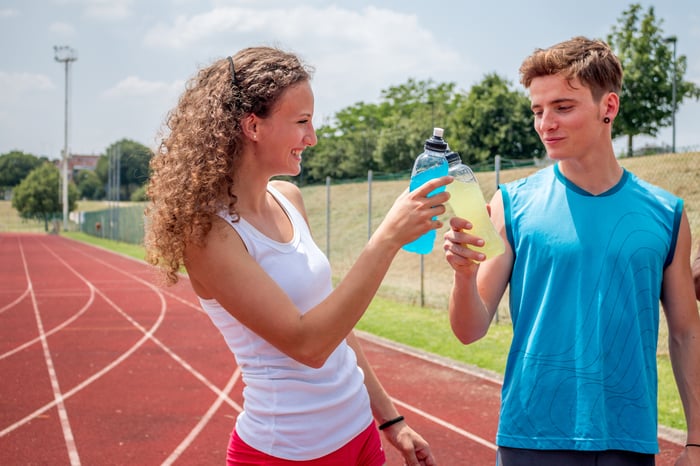 February's spike came after Monster Beverage announced surprisingly strong fourth-quarter results. Late in the month, the company revealed that revenue went up 14% during the period despite the fact that drink sales were held back by a surge advance purchases in the prior quarter. Monster Beverage announced a price increased effective in early November, and many customers stocked up on products to avoid the higher prices.

Check out the latest earnings call transcript for Monster Beverage.

Increased prices should help the company boost profitability after gross profit dropped to 60% of sales in 2018 from 63.5% a year earlier. Sales growth, meanwhile, should continue to be supported by Monster energy drink launches in new geographies and the company's strategic partnership with Coca-Cola.