An analyst isn't seeing signs of a turnaround.

Shares of Bed Bath & Beyond (BBBY -8.41%) slumped on Monday, after an analyst downgraded the retailer. This comes nearly two months after a mixed fiscal third-quarter report sent the stock soaring. Shares were down about 5.3% at market close.

Barclays analyst Matthew McClintock dropped his rating on Bed Bath & Beyond stock from "equal weight" to "underweight" on Monday, saying he isn't seeing signs of a turnaround.

Bed Bath & Beyond's third quarter, which ended on Dec. 1, was messy. Comparable sales were down 1.8%, and net income plummeted by 60%. But the company said that it was ahead of its plans on its long-term financial goals to moderate operating profit declines and grow earnings per share in 2020. Bed Bath & Beyond reiterated guidance calling for EPS of about $2 for fiscal 2018, and it said it sees roughly the same EPS in fiscal 2019.

Check out the latest earnings call transcript for Bed Bath & Beyond. 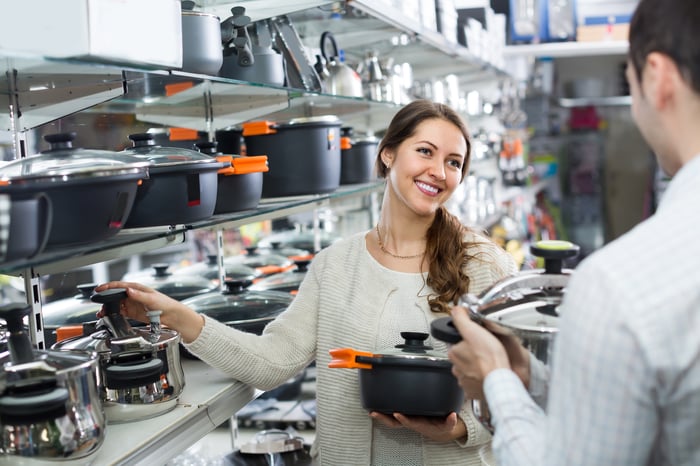 The first signs of stabilization may come in 2019 if all goes according to plan. But it may still be a while before the numbers really start moving in the right direction.

Bed Bath & Beyond has been struggling with slumping margins for a long time. Gross margin has been trending downward since 2012, and operating margin has fallen from 16.5% in 2011 to just 4.4% in the trailing-12-month period. None of the company's problems are sudden developments.

Bed Bath & Beyond's guidance for flat earnings next year is a positive, but the company still has a lot of work to do to turn things around.