Find out how these stocks climbed in a down market.

The stock market lost ground on Monday, as investors appeared to have second thoughts about the future of the U.S. economy even as trade negotiations with China appear to be going well. The Dow Jones Industrial Average had been down by more than 400 points earlier in the session before recovering to finish lower by just 207, and broader benchmarks saw more modest declines on a percentage basis. Even amid the carnage, there was some good news for certain companies. Washington Real Estate Investment Trust (WRE 0.33%), Ascendis Pharma (ASND -5.34%), and Bluegreen Vacations (BXG) were among the top performers. Here's why they did so well.

Washington REIT gets a big invitation

Shares of Washington Real Estate Investment Trust climbed close to 7% on news that the REIT will become part of a well-known index of small companies. S&P Dow Jones Indices announced that Washington REIT will join the S&P SmallCap 600 index, replacing a company that's in the process of getting acquired. The D.C.-based real estate investment trust owns and manages income-producing properties in the greater Washington area, including 48 properties with more than 6 million square feet of commercial space and almost 4,300 multifamily apartment units. Index funds tracking the S&P SmallCap 600 have billions to invest, and that should deliver a solid pop for the REIT's share price effective March 7. 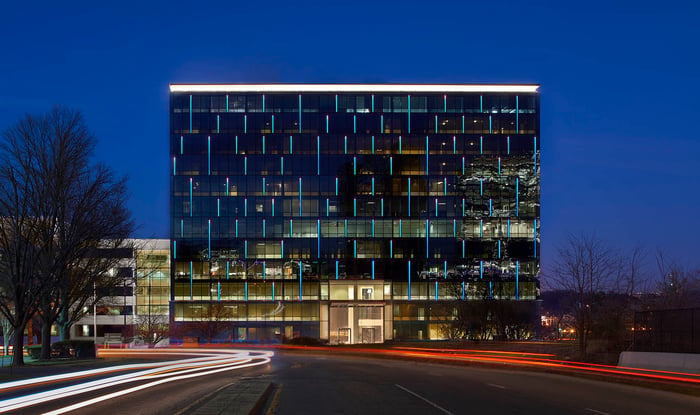 Ascendis gets a trial win

Ascendis Pharma stock surged 74% after the company announced positive results from a phase 3 clinical trial of its TransCon Growth Hormone. The trial sought to meet the primary objective of demonstrating non-inferior annualized height velocity at 52 weeks compared to the daily growth hormone Genotropin in children suffering from pediatric growth hormone deficiency. TransCon went a step better, with the study giving results that established statistically significant superiority, and investors celebrated the potentially huge sales of a solution that requires injections only once every week instead of on a daily basis.

Check out the latest earnings call transcripts for Ascendis Pharma, Bluegreen Vacations, and other companies we cover.

Finally, shares of Bluegreen Vacations gained 17%. The vacation ownership specialist got notice from BBX Capital (BBX -1.30%) that it will take the company private, paying investors $16 per share for their Bluegreen stock. BBX already owned 90% of Bluegreen's shares, and so it had the right under Florida corporate law to move forward without getting approval of either shareholders or Bluegreen's board of directors. Bluegreen was public for only about a year and a half, but with the share price having languished recently, BBX seemed to think the time was ripe to take full control of the business.