Shares of Bloom Energy (NYSE:BE) rose 53% last month, according to data from S&P Global Market Intelligence, representing a notable turnaround from the 5% downturn the fuel cell solutions company experienced in the first month of the year -- and the 39% and 31% declines that it suffered in December and November, respectively. 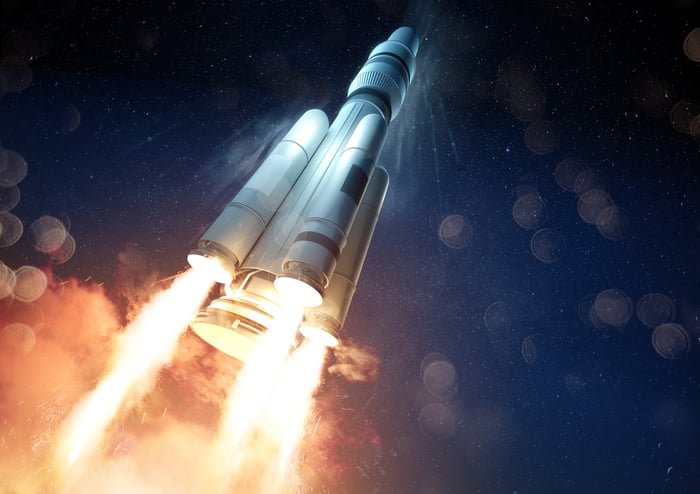 Achieving its guidance, Bloom Energy reported a company record 257 acceptances, the transition of a project out of backlog, in the fourth quarter. Similarly, the company reported an average selling price of $6,756 per kilowatt and a total installed system cost of $5,344 per kilowatt -- both of which were consistent with guidance issued in Q3. A superficial glance at the company's performance on a year-over-year basis suggests the company improved tremendously in the fourth quarter, since it generated a $1,064-per-kilowatt margin during the same period in 2017. Unimpressed with the results, savvy investors drove shares lower 5% the day after the company reported. Evidently, they remembered Bloom Energy's Q3 earnings call on which management noted that comparisons between 2017 and 2018 "are not particularly meaningful given the absence of ITC [investment tax credit] in 2017."

The impetus for investors, instead, came in the form of an upgrade from Wall Street in the middle of the month. According to StreetInsider.com (subscription required), Pavel Molchanov, an analyst at Raymond James, upgraded the stock from market perform to outperform and assigned a price target of $13. Molchanov suggests that the company is poised for success in 2019: reaching breakeven on an earnings-per-share basis and achieving a 6% free cash flow yield. And it appears the following year will be even more lucrative, with Bloom Energy reaching sustained profitability and a 12% free cash flow yield in 2020.

Considering the inconsistency between financial results in 2017 and 2018 due to the ITC -- or lack thereof -- it seems completely reasonable that investors were circumspect about the accomplishments that Bloom Energy celebrated in its Q4 earnings results. On the other hand, the market's overreaction to an analyst's upgrade of the stock seems completely unreasonable. The promise of sustained profitability has been a siren song for fuel cell companies for several years now. Consequently, investors interested in this alternative power market would be better served to exercise caution and patience before powering their portfolios with shares of this stock.