Charging ahead in its drive to transform the energy landscape, Bloom Energy (NYSE:BE), a leader in fuel-cell solutions, plans on releasing its fourth-quarter earnings after the market closes on Feb. 5. Last quarter, the company beat expectations on both the top and bottom lines, reporting revenue of $190.2 million and an adjusted earnings per share (EPS) loss of $0.13 compared to analysts' revenue and adjusted EPS estimates of $184.5 million and negative $0.17, respectively.

In the fourth quarter, analysts expect Bloom Energy to post revenue of $207 million and adjusted EPS of negative $0.18. It will be interesting to see how Bloom wraps up its first year as a public company, and whether it beats on the top and bottom lines again, but savvy investors know that a company's quarterly performance transcends only two figures. 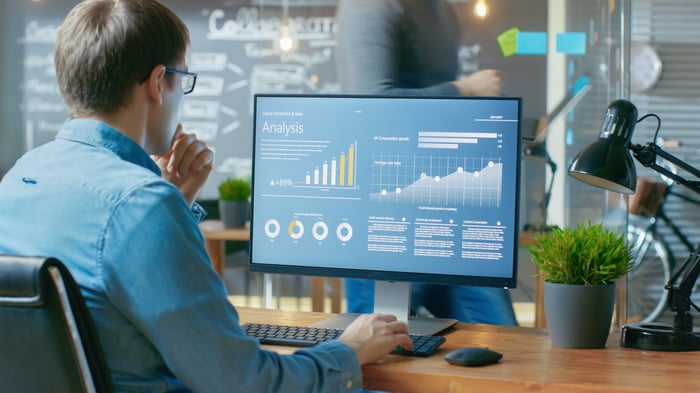 The power of acceptance

One figure that investors should keep an eye out for is the number of acceptances -- the transition of projects out of backlog when commissioned -- which the company reports for the quarter. In its Q3 letter to shareholders, management guided for 225 to 275 acceptances in Q4. Through the first nine months of 2018, Bloom Energy has reported 552 acceptances, so if the company achieves the midpoint of its Q4 forecast, it will translate to 802 acceptances for 2018 -- a 29% increase over the 622 acceptances the company reported in 2017.

Although Bloom Energy doesn't provide quarterly revenue and profit forecasts, investors can have a sense of what to expect based on guidance addressing two other metrics: average selling price (ASP) and total installed system costs (TISC) -- both of which are presented on a dollars-per-kilowatt basis. In the fourth quarter, Bloom Energy expects ASP in the range of $6,495 to $6,845, and it forecasts TISC of $5,040 to $5,390. Thus, if the company achieves the midpoints of these ranges, it will report a $1,455-per-kilowatt margin.

According to management's commentary on the Q3 earnings call, comparisons of these metrics to the same period in 2017 "are not particularly meaningful given the absence of ITC in 2017," so investors would be better off comparing these figures to the other quarters in 2018. In doing this, it becomes apparent that the company's profitability may be poised to inch lower in the coming quarter, as Bloom had reported a margin of $1,486 per kilowatt and $1,583 per kilowatt in Q2 and Q3, respectively.

Seeking to take the sting out of the potential hit on the company's income statement, management further explained in the Q3 call that the company didn't have any lower-margin international acceptances in Q3, but with approximately 60% of acceptances coming from abroad, the margin might be squeezed in Q4.

Keeping current with the cash flow

A cursory glance at Bloom Energy's quarterly financial statements would suggest that the company is not unlike its fuel-cell brethren, having failed to achieve positive net income. But look again, and investors will find that the company has distinguished itself in a major way: the ability to generate operational cash flow. Granted, Bloom Energy has spent less than a year as a publicly traded company, but the company has reported positive operational cash flow in each of the past two quarters: $15.9 million in Q2 and $4.9 million in Q3.

Unlike the income statement, which can be massaged through creative accounting to yield a misleading representation of a company's finances, the cash flow statement is less subject to manipulation. For this reason, Bloom's accomplishment in continuously generating strong cash flow is noteworthy, and it will be interesting to see if it can extend its streak to three quarters of positive cash from operations.

With a large number of acceptances expected in the fourth quarter, however, management seems to be preparing investors for a slight decrease in cash flow. But on the Q3 conference call, Furr attempted to instill confidence in the company's long-term prospects, stating that "cash flow from quarter to quarter could vary, but on a long-term trend, our – we should be generating enough cash in this business to fund our working capital growth. So you shouldn't see us be a big user of cash."

There will be plenty of facts and figures to comb through when Bloom Energy releases its Q4 earnings. Surely, investors will want to monitor the company's acceptances and what it reports in terms of ASP and TISC, but investors would be well served to pay close attention to the company's operational cash flow. Should Bloom, in fact, demonstrate the ability to generate strong, consistent cash flow, it would mean that the company would be less likely to resort to raising capital through equity, thereby diluting shareholder value or weighing down its balance sheet by taking on excessive debt.